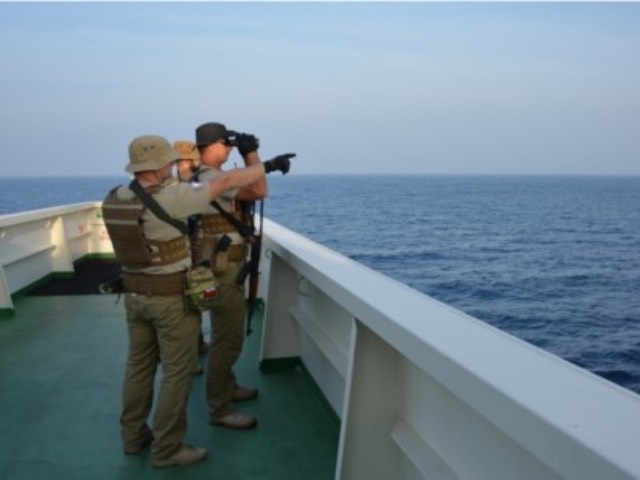 Piracy and armed robbery incidents were on the rise in 2020 and the numbers do not seem to relent into 2021.

IMB’s latest global piracy report (Q1 2021) records 38 incidents since the start of 2021 – compared with 47 incidents during the same period last year. In the first three months of 2021, the IMB Piracy Reporting Centre (PRC) reported 33 vessels boarded, two attempted attacks, two vessels fired upon, and one vessel hijacked. Despite a drop in the number of reported piracy incidents for Q1 2021, violence against crew is on the rise in comparison to previous years. Since the start of 2021, 40 crew have been kidnapped compared to 22 crew in Q1 2020. A crew member was also killed in Q1 2021. The agency attributes the rise to an increase of piracy and armed robbery reported within the Gulf of Guinea as well as increased armed robbery activity in the Singapore Straits, as well as increased piracy activity in the Americas.

The Gulf of Guinea accounted for nearly half (43%) of all reported piracy incidents in the first three months of 2021, according to the latest figures from the ICC International Maritime Bureau (IMB) The attacks are reportedly increasingly violent, occurring farther from shore, and larger groups of seafarers are kidnapped per incident.

The fatal attack on the container vessel “Mozart” on 23 January 2021 highlighted the urgency of the situation in the Gulf of Guinea.

The vessel was reported as being underway around 98 nm NW of Sao Tome and Principe when it was boarded by an unknown number of pirates, which resulted in one crew being killed and 15 crew members kidnapped. The general advice to masters and crews is to be extra cautious and to take the necessary precautionary measures, implement relevant preventive measures and conduct voyage specific risk assessments when transiting the Gulf of Guinea. It may also help to opt for direct berthing where possible and not to drift off the coast, and to keep at least 250 nm from the coast.

There has been an uptick of reported piracy incidents in Callao Anchorage, Peru with five incidents occurring in the first three months of 2021 compared to just three in Q1 2020. Meanwhile, container vessels are the target of attacks while underway or at anchor in Colombian waters. Perpetrators have been known to open containers and steal cargoes even while vessels are under pilotage, according to the IMB PRC. Masters and shipowners are encouraged to report all incidents in these waters.

The Maritime Global Security website is supported by several shipping industry associations, including the International Group of P&I Clubs (IG). It serves as a library of maritime security advice readily available to shipowners, managers such as the following:

The International Group of P&I Clubs has produced a piracy FAQs document to provide general clarification and guidance on issues pertaining to insurance cover arising out of piracy incidents and the engagement of security personnel. It provides an overview of the scope of cover provided by P&I, H&M, and war risks insurance. It also addresses queries related to the engagement of private maritime security guards (PMSCs) and assesses some pertinent charterparty issues.