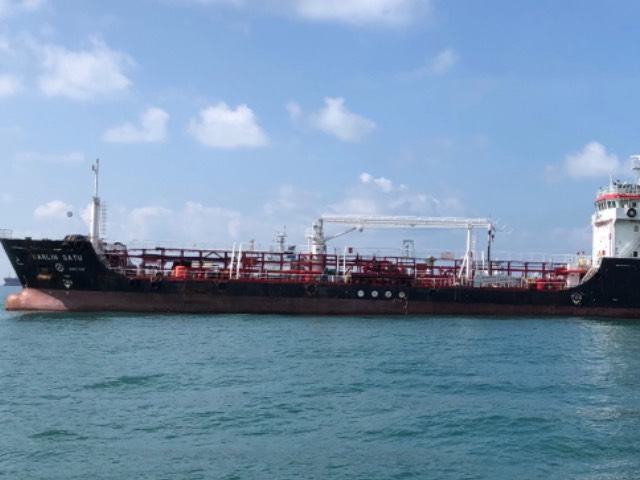 Toyota Tsusho announced that Toyota Tsusho Petroleum Private Limited (“TTP”) will conduct Biofuel*1trials in Singapore. This is the first trial of its kind conducted in Singapore*2 and by a Japanese company. TTP is a physical bunker supplier and operates bunker barges in the Port of Singapore. The trial will be undertaken in collaboration with industry and academia under the support of Singapore authority*3 from April to September 2021.

During the trial over approximately six months, Toyota Tsusho Petroleum will verify technical matters, such as the oxidation and storage stability of biofuels, and acquire knowledge by measuring ship emissions. If these initiatives lead to procurement and regular use of biofuel, which is expected to help reduce greenhouse gas (GHG) emissions, this will contribute to solving issues in the maritime transport industry toward decarbonization.

The maritime transport industry, which accounts for about 2%*4 of the world’s GHG emissions, is facing the issue of reducing GHG emissions, as the volume of maritime transportation is expected to continue increasing against the backdrop of growth of the global economy. In 2018, the International Maritime Organization (IMO) adopted a strategy for reducing GHG emissions from ships and set a target of reducing GHG emissions by 50% compared to the 2008 level by 2050. Moreover, the Japanese government has established the goal of becoming carbon neutral by 2050 and is promoting a shift of fuels for ships from heavy oil and light oil, which are petroleum-derived, to alternative fuels under its Green Growth Strategy. In March 2021, the Ministry of Land, Infrastructure, Transport and Tourism announced a roadmap aimed at achieving commercial operation by 2028 of zero emission ships that do not emit GHGs, and this reflects accelerating initiatives toward decarbonization in the maritime transport industry.

In October 2020, Toyota Tsusho began supplying liquefied natural gas fuel (LNG) to ships using Ship-to-Ship bunkering*5 for the first time in Japan and has worked on initiatives toward replacing ship fuels–heavy oil and light oil–with alternatives. At this time, Toyota Tsusho Petroleum will supply biofuel for ships derived from waste cooking oil and vegetable oil to bunker barges at the Port of Singapore and conduct an operational trial for the first time in Singapore. In addition to this trial, Toyota Tsusho Petroleum is also supplying biofuel produced in Europe and sold by GoodFuels, a biofuel producer in the Netherlands, for foreign ships at the Port of Singapore. This is the first time that biofuel has been bunkered in Singapore.

Toyota Tsusho is contributing to the transition to a decarbonized society by accelerating businesses the contribute to reduction of CO2throughout the industrial life cycle and promoting initiatives for carbon neutrality.