Cyprus Shipping News
Home Offshore Energy Cybernetix and Notilo Plus sign a strategic partnership for the deployment of... 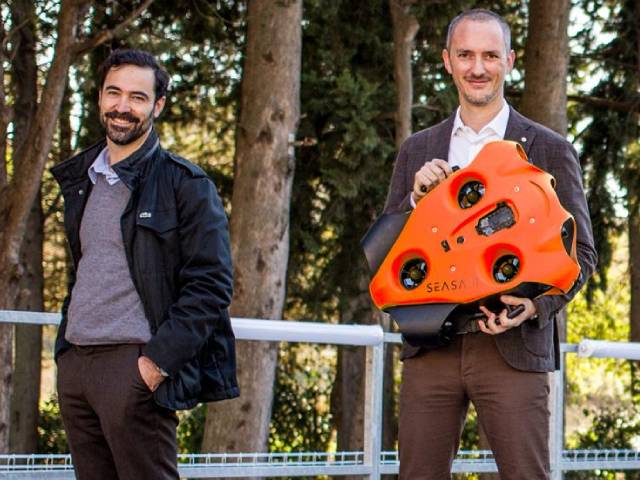 Cybernetix, a world leader in advanced surveillance and robotics solutions, and Notilo Plus, an innovative autonomous subsea drones company have joined forces to bring safer, smarter and cost-effective subsea inspection solutions to the offshore energy industry.

“We have started Notilo Plus industrial journey inshore, to offer meaningful insights to shipowners and underwater works companies. This partnership will accelerate the deployment of our autonomous solution in some of the most complex environments”. “We believe that our integrated approach, from easy data collection to predictive data analysis, is a yet missing brick for safer and more cost-effective operations and inspections in offshore fields”, stated Nicolas Gambini, CEO of Notilo Plus.

“We screened Notilo Plus very early when they released their first crowdsourcing campaign for the iBubble recreational diving drone™, and we quickly understood the high potential of this innovative company”, stated Michael Gobin, Technology and R&D Business Manager at Cybernetix. Frederic Le Fur, Commercial Director, to add: “The field trials conducted confirmed that Notilo Plus technologies had to be integrated within our Offshore Robotics development roadmap for the development of our multi-robot solution for Offshore Assets inspection and maintenance”.

While the agreement is being signed between both companies, a team of two Cybernetix pilots equipped with two Seasam underwater drones™ are currently conducting in South Korea the first commercial operational mission on the field, to supervise a critical construction step of a major offshore floating unit, where the use of divers or conventional observation-class ROV’s* is considered as impossible.