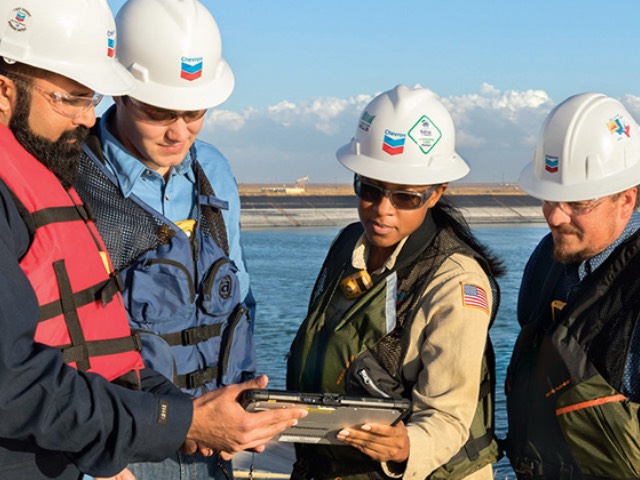 On Apr. 1, 2021 the United States Court of Appeals for the Second Circuitunanimously ruled that the City of New York’s climate change lawsuit against Chevron and a group of other energy producers is without merit and must be dismissed. The court upheld the federal district court’s decision that the City’s claims are barred, holding that municipalities cannot “utilize state tort law to hold multinational oil companies liable for the damages caused by global greenhouse gas emissions.”

While recognizing that “[g]lobal warming is one of the greatest challenges facing humanity today,” the court explained also that “[g]lobal warming presents a uniquely international problem of national concern” and “therefore is not well-suited to the application of state law.” The court rejected the City’s attempt to regulate and recover damages from the targeted defendants’ “admittedly legal commercial conduct in producing and selling fossil fuels around the world,” and noted that “every single person who uses gas and electricity contributes to global warming.” In the process, the court rejected the City’s attempt to “sidestep” the “numerous federal statutory regimes and international treaties” that “provide interlocking frameworks for regulating greenhouse gas emissions, as well as enforcement mechanisms to ensure that those regulations are followed.”

“Today’s unanimous opinion by a distinguished panel of judges appointed by Presidents from both parties explains in clear detail why the U.S. climate tort lawsuits are meritless, applying established law as agreed upon by the Justice Department under the previous two U.S. Administrations,” said Chevron General Counsel R. Hewitt Pate.

As the court noted, “For over a century, a mostly unbroken string of cases has applied federal law to disputes involving interstate air or water pollution.” And it was fitting, the court concluded, that Congress had, under the Clean Air Act, tasked expert federal agencies with addressing climate change in this “technically complex area of environmental law,” rather than judges, “who lack the scientific, economic, and technological resources to cope with issues of this order.”

Pate added that “Chevron is accelerating its work on today’s energy transition, while continuing to supply oil and natural gas that remains essential for people around the world. We believe that working with the new U.S. Administration, other governments, and other honest stakeholders on constructive global solutions is a better path than meritless, cynical, and wasteful litigation.”

The Court of Appeals’ unanimous decision rejects attempts to invest courts and “vague and indeterminate” state laws with the power to override the extensive and carefully crafted network of federal and international standards that already govern greenhouse gas emissions and promises to keep decisionmaking in this crucial area with the proper federal legislative and agency policymakers. As the Second Circuit explained, “To permit this suit to proceed under state law would further risk upsetting the careful balance that has been struck between the prevention of global warming, a project that necessarily requires national standards and global participation, on the one hand, and energy production, economic growth, foreign policy, and national security, on the other.”

The Second Circuit’s opinion today is the first federal appellate decision on the merits of any of the dozens of near-identical climate change lawsuits that various states, counties, and cities around the country have lodged against Chevron and other energy producers in recent years.

Lead outside counsel for Chevron, Theodore J. Boutrous, Jr., noted that “the unanimous opinion exposes—and correctly rejects—the sleight-of-hand that the plaintiffs have presented to the courts, in which they seek a money judgment based on worldwide emissions that they attribute to the defendants’ lawful energy-producing activities at the same time that they pretend they are not trying to regulate the energy industry. As the Second Circuit found, plaintiffs in these baseless cases cannot use ‘artful pleading’ to escape the fact their claims are federal in nature and legally barred.”

As the court put it: “[T]he City’s complaint whipsaws between disavowing any intent to address emissions and identifying such emissions as the singular source of the City’s harm. But the City cannot have it both ways.” The court firmly rejected the City’s attempts to re-characterize its claims as routine state-law nuisance or misrepresentation torts concerned with local conduct: “Artful pleading cannot transform the City’s complaint into anything other than a suit over global greenhouse gas emissions. It is precisely because fossil fuels emit greenhouse gases—which collectively ‘exacerbate global warming’—that the City is seeking damages.” The court thus rejected the City’s attempts to paint its claims as anything other than an attempt to regulate the national and indeed international energy industry. “Stripped to its essence, then, the question before us is whether a nuisance suit seeking to recover damages for the harms caused by global greenhouse gas emissions may proceed under New York law. Our answer is simple: no.”