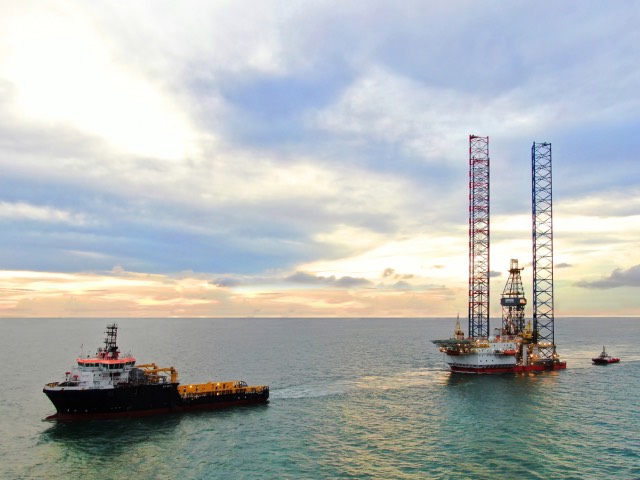 PTT Exploration and Production Public Company Limited (PTTEP) announced a successful oil and gas discovery from the first exploration well, Sirung-1, in Block SK405B, off the coast of Sarawak, offshore Malaysia. The achievement is the latest outcome of PTTEP’s ‘Execute strategy’ which focuses on adding reserves for long-term growth.

Mr. Phongsthorn Thavisin, PTTEP Chief Executive Officer, disclosed that PTTEP, through its subsidiary PTTEP Sarawak Oil Limited, commenced the drilling of Sirung-1 wildcat well in Block SK405B in January 2021. The well was drilled to a total depth of 2,538 metres where it encountered a significant oil and gas column of more than 100 metres, in the clastic reservoirs. An appraisal well is scheduled in near future to assess the upside resources.

“The Sirung-1 exploration well marks PTTEP’s third discovery offshore Malaysia following SK410B’s Lang Lebah and SK417’s Dokong. PTTEP also plans to explore nearby prospects in this PSC next year. The achievements have strengthened our investment base as we continue to expand our exploration horizon in Malaysia,” said PTTEP CEO.

Block SK 405B is located in the shallow waters, approximately 137 kilometres off the coast of Sarawak (Bintulu). PTTEP Sarawak Oil Limited is the operator with 59.5 per cent participating interest. MOECO Oil (SARAWAK) SDN.BHD. and PETRONAS Carigali Sdn. Bhd. holds 25.5 and 15 per cent interest respectively.

Apart from the Sarawak SK405B, there are also SK410B, SK314A, SK438, SK417, PM407 and PM415, all still in the exploration stage. Major projects in PTTEP’s portfolio in Malaysia include the producing assets in Block K, SK309, SK311, the Rotan-Buloh field in Block H and the jointly operated gas fields with PETRONAS Carigali in the Malaysia–Thailand Joint Development Area. PTTEP is also a joint investor with PTT, through the PTT Global LNG Company, in the MLNG Train 9 Project, an LNG liquefaction plant in Sarawak.