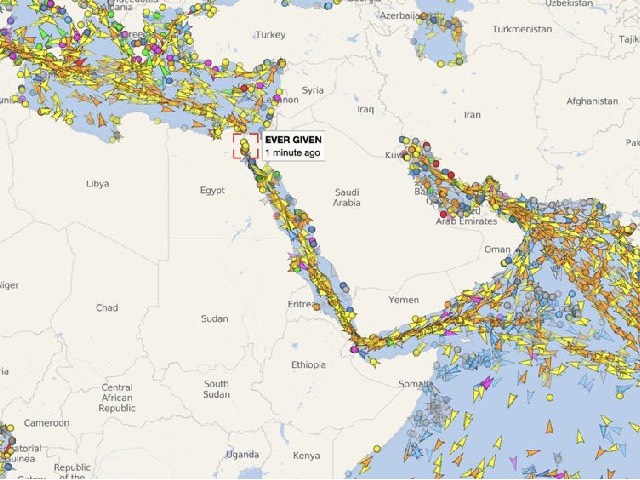 From Tuesday, the 23rd of March, the mega-container ship Ever Given (owned by Evergreen) has been blocking the ship traffic in the Suez Canal near Suez in Egypt. The ship was sailing from the Port of Tanjung Pelepas in Malaysia to Rotterdam in the Netherlands. According to a shipping agent GAC, it ran aground at 7:40 local time, facing the canal’s south end. As stated by Evergreen Marine Corp., the ship was hit by a sudden strong, gusty wind that caused it to turn and obstruct the waterway.