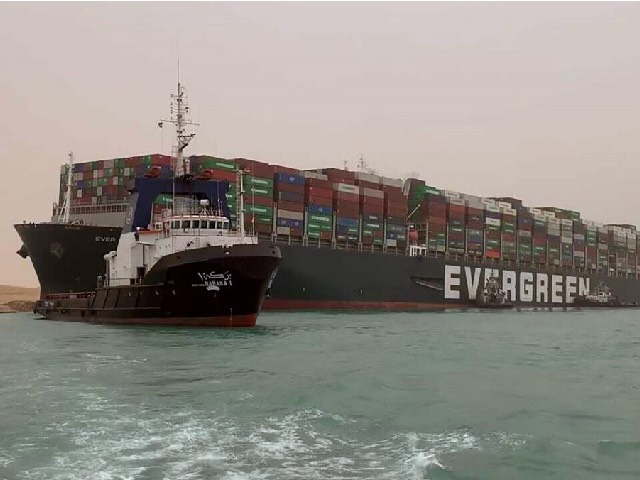 The Suez Canal Authority (SCA) has advised that yesterday’s attempt to refloat the grounded container vessel blocking the waterway did not succeed. However, the ship’s rudder and propellers were this morning (28 March) reported to be free, although the front of the vessel was still submerged under the Canal bank with slight movement to the side but not to aft.

The dredger ‘Mashhour’ is working until the next high tide, expected at about 1600 hours local time today.  All tugs are on standby and connected for any further development or sand avalanche due to dredging work to free the ship.

In a press conference on 27 March, the SCA said it is working around the clock to clear the Canal and make it available for navigation. Dredgers had removed about 17,000m³ of sand and rocks around the vessel (about 87% of the task) and tugs were working subject to the tide. No indication was given of when the refloating operation was expected to be completed. An investigation into the accident will be conducted after the ship has been refloated.

Once the Canal is clear, the Canal will work 24 hours a day to arrange quick transit for all waiting ships. An estimated 30 which entered the Canal with the grounded vessel on 23 March, plus 13 which entered on 24 March, are waiting at Great Bitter Lakes. An estimated 137 ships are awaiting southbound transit at Port Said Outer Anchorage, and another estimated 157 ships awaiting northbound transit at Suez Port Outer Anchorage.