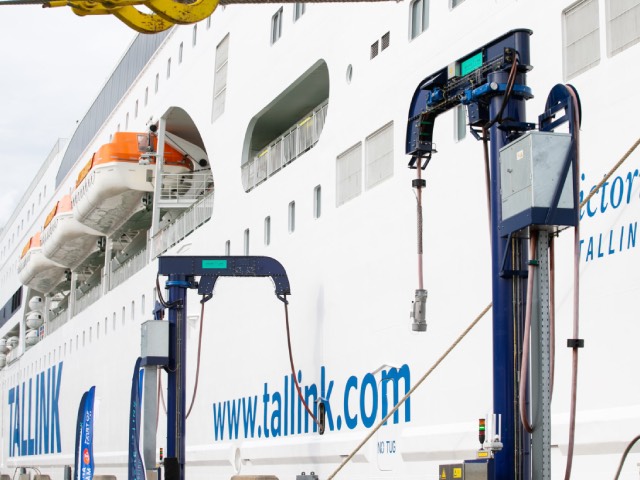 Port of Tallinn entered into a renewable energy purchase agreement with Eesti Energia and now consumes only green electricity produced in Estonia.

According to the agreement, Eesti Energia will supply Port of Tallinn with 10 GWh of renewable electricity during 2021 for the port’s own use. This leaves a total of almost 7,000 tons of CO2 unreleased in the air per year.

According to Ellen Kaasik, Head of the Quality and Environmental Management Department at Port of Tallinn, the port has consistently contributed to its business and development in order to reduce the negative impact of its activities on the environment. “Energy efficiency and greater use of renewable energy sources are an important step in reducing the port’s ecological footprint and achieving climate neutrality,” Kaasik noted.

Dajana Tiitsaar, Estonian Market Manager at Eesti Energia, is pleased to see that more and more large electricity consumers are deciding in favour of renewable energy.

“Port of Tallinn is a progressive and responsible company, which is an example for many major companies with its consistent activities. We are pleased to see that they have taken the next step towards a cleaner future,” Tiitsaar said.

Last year, Eesti Energia built nearly 300 solar power plants with a total capacity of 8 MW for its customers. 2,500 customers as small producers are now selling electricity produced in their own homes or companies to Eesti Energia.

Eesti Energia produced 1.5 TWh of renewable electricity in 2020, accounting for 40% of its total electricity production. Eesti Energia’s CO2 emissions have fallen threefold since 2018.

Port of Tallinn has taken great steps in recent years to move towards a more sustainable living environment.

Ellen Kaasik pointed out that last year, the first Estonian ABB shore power equipmentwas installed on the Old City Harbour quay as part of a unique project, the introduction of which brought cleaner air and less noise to the Old City Harbour and City of Tallinn, thus reducing CO2 emissions per passenger ship by 100 tons in a month.