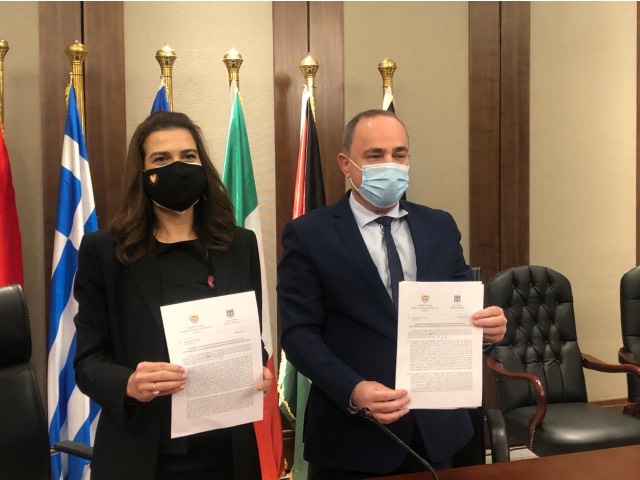 Ministers of Energy of Israel and Cyprus Natasa Pilides and Yuval Steinitz signed in Cairo on Tuesday a joint letter setting out the guidelines under which the Aphrodite and Yishai licensees will begin negotiations with a view to settling a dispute concerning the natural gas reserves extending from the Aphrodite gas field to Yishai.

Speaking to CNA in Cairo, after the signing of the letter with her Israeli counterpart in the presence of Egyptian Minister of Petroleum, Tarek El Molla, Pilides expressed joy over the development which comes after nine years of discussions.

“After nine years of discussions between Cyprus and Israel today we had a very important development following discussions during Steinitz’s visit to Cyprus on the issue of the gas reserves in Aphrodite and Yishai,” Pilides said.

She underlined that any agreement by the licensees will be presented to the two states for approval before implemented, and stressed that “the development paves the way for practical solution as well as the exploitation of Cyprus’ natural wealth.”

Pilides noted that “the significance of this issue is very big both for Cyprus and Israel as it confirms the very good cooperation between the two countries, the will and the deepening of this cooperation both on energy as well as other issues, while it settles an issue that was under discussion for many years.”

The Aphrodite gas field, which is located on the maritime border with Israel, was initially discovered in 2011 and is estimated to hold approximately 4 trillion cubic feet of natural gas.