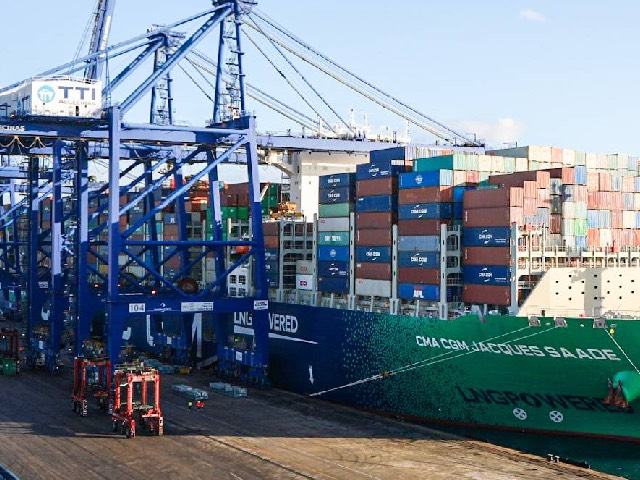 CMA CGM now owns 50% minus one share in the TTIA terminal in Algeciras, Southern Spain.
•    A strategic investment consolidating the Group’s position in the Strait of Gibraltar.
•    CMA CGM continues to push ahead with its global expansion strategy as a terminal operator.

The CMA CGM Group, a world leader in shipping and logistics, announced today that its CMA Terminals subsidiary has acquired a 50% interest minus one share in Spain’s Total Terminal International Algeciras (TTIA) port terminal.

A strategic investment strengthening the Group’s positions in the Strait of Gibraltar
The TTIA terminal, located in the Strait of Gibraltar at the crossroads of trade between Asia, Mediterranean and Northern Europe, is capable of accommodating the largest containerships in the CMA CGM Group fleet through its latest equipment:
•    A container yard area of 30 hectares,
•    A quay length of 850 meters and draught of 18 meters,
•    eight ship-to-shore (STS) cranes,
•    potential to double its capacity in the future.

The TTIA terminal, a multi-user facility with an annual capacity of 1.7 million 20-foot equivalent units (TEUs), was inaugurated in 2010 and is the first semi-automatic terminal in the Med area.

CMA CGM Group and its partners in Algesiras, HMM and DIF Capital Partners, will join forces to support and develop this strategic terminal.

Through this strategic investment, the CMA CGM Group, acting via its CMA Terminals subsidiary, is strengthening its position as a terminal operator in the Strait of Gibraltar, a move that dovetails well with its position held via Terminal Link in Tangiers, Morocco, Eurogate terminal since 2006. Every year, the Group operates close to 1,200 calls at ports in the Strait of Gibraltar, one of the world’s busiest commercial shipping lanes.

Commenting on the close of the share purchase agreement, Christine Cabau Woehrel, CMA CGM Group Executive Vice President, Industrial Assets and Operations, said: “Our investment in the TTIA terminal in Algeciras is a sign of our confidence in the region’s growth potential and reflects our desire to strengthen our service capabilities in the Strait of Gibraltar. This new equity position  in one of the Mediterranean’s busiest ports also strengthens the CMA CGM Group’s status as a leading port terminal operator.”