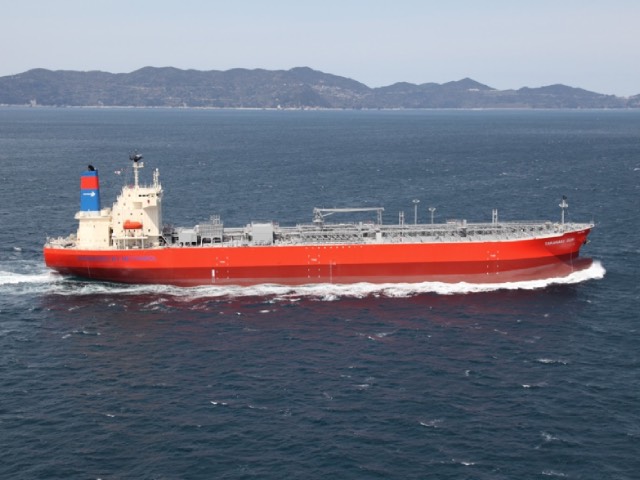 MOL announced that it has concluded long-term charter contracts for two methanol-fueled, methanol carriers with Waterfront Shipping Company Limited (WFS; President: Paul Hexter; Headquarters: Vancouver, Canada). The vessels will be equipped with dual-fuel engines that can run on environment-friendly methanol or conventional fuel oil. They are slated for delivery at Hyundai Mipo Shipyard (South Korea) in 2021 and 2023 and will transport methanol for WFS.

MOL owns three methanol carriers equipped with dual-fuel engines—the Taranaki Sun, which was delivered in 2016 and was the world’s first methanol carrier with a methanol-fueled engine, the Manchac Sun, and the Cajun Sun. All three vessels are under long-term charter contracts for WFS. The two new vessels will be MOL’s fourth and fifth methanol-fueled ships chartered to WFS, which makes MOL owners of one of the world’s largest methanol-fueled fleet. The new vessels will be managed by a MOL Group company, MOL Tankship Management Pte Ltd (MOLT; Headquarters: Singapore), which will leverage its experience and knowledge in the management of methanol-fueled vessels to deliver performance and environmental benefits.

Leveraging its accumulated expertise as one of the world’s largest methanol carrier owner/operators, MOL is working to further expand its methanol transport services by meeting a broad range of customer needs.

The MOL Group addresses today’s critical environmental issues in its Environmental Vision 2.0 and aims to achieve sustainable net-zero GHG emissions by bringing to bear its group-wide strength, while continuing to take a proactive approach to reducing the environmental impact of its business activities.