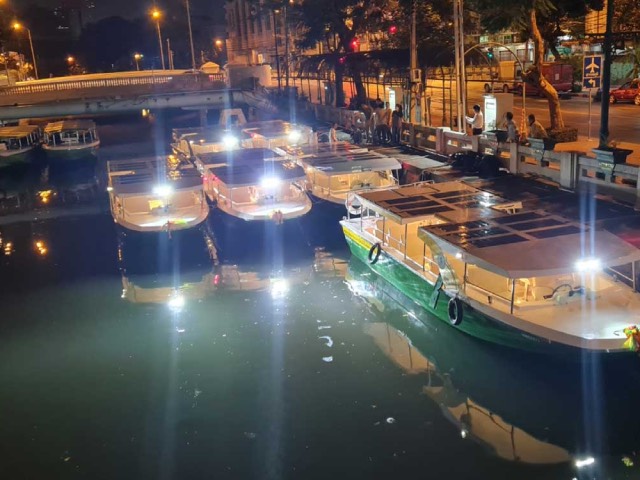 Seven new vessels joined the first test boat, which has been successfully transporting Bangkok residents since 2018. The commissioning ceremony included a traditional blessing and sacrifice to Mae Ya Nang, an ancient Thai deity and Guardian Goddess of boats.

“This is an important achievement for the city of Bangkok and a key part of our Thailand 4.0 Smart City vision for an integrated clean, green public transportation system including bus, rail and waterways,” said Dr Ekarin Vasanasong, deputy managing director of KT BMA, on the occasion of the first ferry’s launch. The high-tech vessels depart every 15 minutes, are fully accessible for wheelchair users and offer bicycle storage.

Improving transportation and air quality are enormous challenges for the BMA. Bangkok was recently named the world’s most congested city by navigation company TomTom: millions of automobiles, tuk-tuks and motorbike taxis crowd the streets, and the average Bangkok resident spends more than 64 hours a year in traffic jams. The transport sector contributes a quarter of Bangkok’s carbon emissions – higher than the global average – and the city’s schools were temporarily closed last year due to extremely poor air quality.