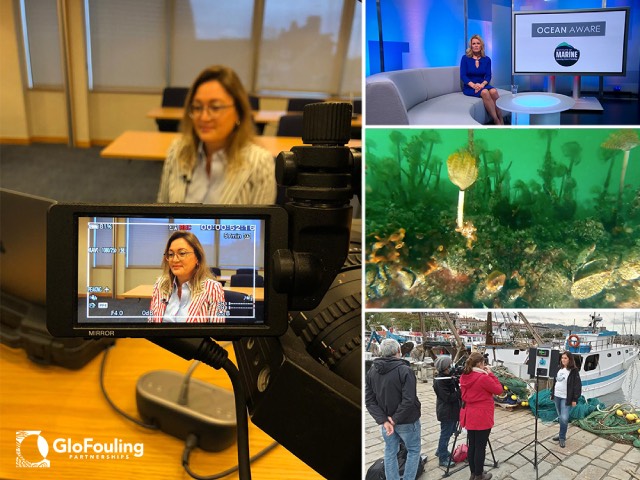 IMO’s Glofouling Partnerships Project, which aims to protect marine ecosystems from the negative effects of invasive aquatic species, is featured in a new film “Ocean Aware”, which premiered on 23 November. The documentary draws attention to the challenges facing the oceans.

The IMO segment, filmed on location in Italy, explains the role of recreational boating in relation to the introduction of Invasive Aquatic Species via biofouling.

Biofouling or biological fouling is the accumulation of microorganisms, plants, algae, or animal species on boat hull surfaces. It is a pathway that helps non-indigenous species to spread from one geographical area to another, where they can become invasive and have serious impacts on their adopting habitat.

“There are about 800 alien species in the Mediterranean, which is almost a world record, and it makes it one of the most invaded seas in the world,” said, Dr. Agnese Marchini, Associate Professor at the University of Pavia, Italy.

Launching the film, during a virtual event, IMO Secretary-General Kitack Lim said IMO’s GloFouling project was “an excellent example of how IMO is fostering cross-sectoral initiatives and involving all stakeholders that can contribute to safeguard our oceans. ”Ocean Aware is co-produced by the Institute of Marine Engineering, Science and Technology (IMarEST) and ITN Productions Industry News. Watch the film here.