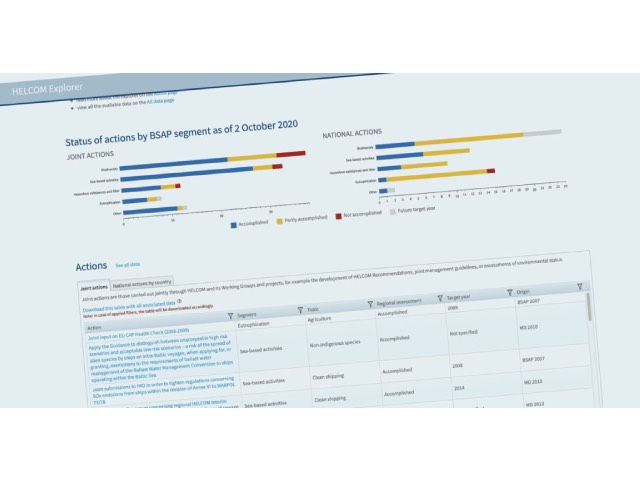 HELCOM has recently refreshed its HELCOM Explorer tool, an online and open-access database displaying the progress by the HELCOM countries made on the implementation of the Baltic Sea Action Plan (BSAP).

“With the freshly revamped HELCOM Explorer, it’s now much easier to see where we currently stand on the progress we’re making on the agreed actions and measures under the BSAP,” said Susanna Kaasinen who coordinates BSAP activities at HELCOM.

Updated on a regular basis, the HELCOM Explorer tool shows the implementation status of both joint and national actions. It also presents the status of selected HELCOM Recommendations as well as on related commitments made at the HELCOM Ministerial Meetings in 2010, 2013 and 2018.