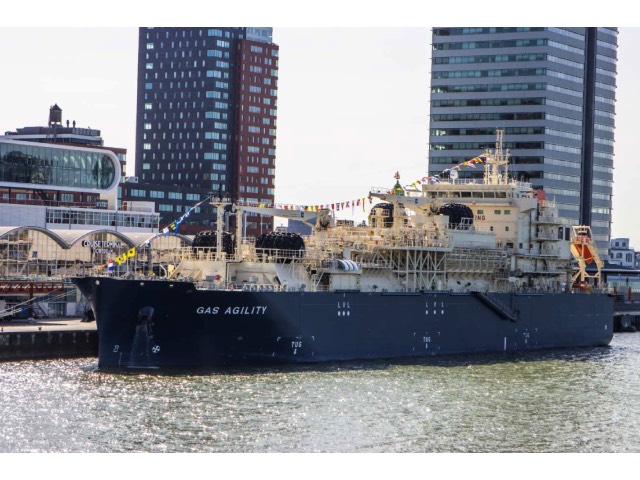 Delivered in April 2020 at Hudong-Zhonghua Shipbuilding, GAS AGILITY is the state-of-the-art vessel meeting the highest technical and environmental standards. As increasing number of LNG-fueled vessels are coming into service, LNG Bunkering Vessel will accelerate its bright future and contribute to the environment. MOL takes a proactive stance in popularizing the use of LNG fuel by promoting the development of LNG fuel supply systems in Japan and overseas including the Global bunkering hubs in North Europe and Singapore, to address today’s growing environmental demands among both customers and society.

LNG as a marine fuel

LNG as a marine fuel has gained positive momentum as the global shipping industry looks to adapt to stricter emissions standards.

Used as a marine fuel, LNG helps to cut:

 Nitrogen oxide emissions by up to 85%,

 Greenhouse gases emissions by around 20%.

Compared to the Fuel Oil.

LNG represents an available and competitive solution that contributes to the International Maritime Organization’s (IMO) long-term strategy of reducing greenhouse gas emissions from ships. Traction in developing LNG bunkering infrastructure has consequently expanded with several leading ports and LNG bunker suppliers alike having established key initiatives and made significant progress in support of these developments.

For more details, please refer to the 23 September 2020 press release:

For more details, please refer to the 6 February 2018 press release: