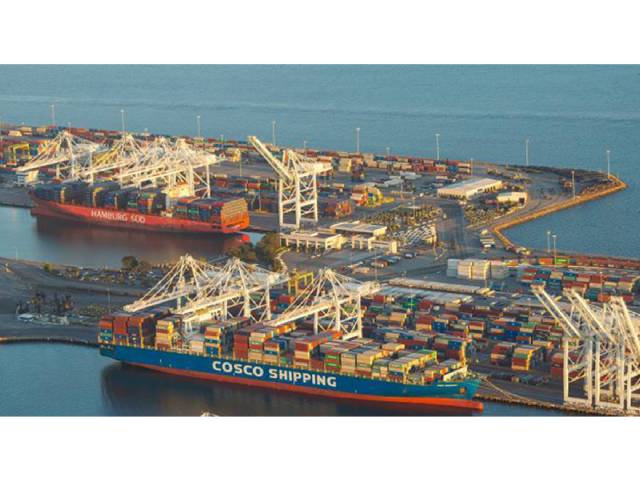 The Port of Long Beach achieved yet another single-month record in October by processing more than 800,000 cargo containers for the first time in its 109-year history.

“The peak holiday shipping season is supporting our ongoing recovery and record highs, but we are now facing a new wave of COVID-19 cases spreading across the country and remain locked in a trade dispute with China,” said Mario Cordero, Executive Director of the Port of Long Beach. “We are optimistic about the gradual economic recovery while bracing for any shocks still to come.”

“Our string of recent records show that our persistence and ability to work with industry and workforce partners allowed us to continue growing amid a critical time for our nation,” said Long Beach Harbor Commission President Frank Colonna. “The Port of Long Beach has a lengthy history of adapting to the needs of our customers during the best of times and the most difficult of times.”

The surge in cargo comes as retailers continue to prepare for the holiday shopping season, a rise in e-commerce and an increased demand for gardening equipment, pet supplies and musical instruments. The Port had 94 container ship calls in October, 18 of which were unscheduled vessels that made up for voyages canceled earlier this year.

October’s figures mark the third time in 2020 that the Port has broken an all-time record for cargo movements within a single month.

The Port of Long Beach is one of the world’s premier seaports, a gateway for trans-Pacific trade and a trailblazer in goods movement and environmental stewardship. With 175 shipping lines connecting Long Beach to 217 seaports, the Port handles $170 billion in trade annually, supporting more than 575,000 Southern California jobs.