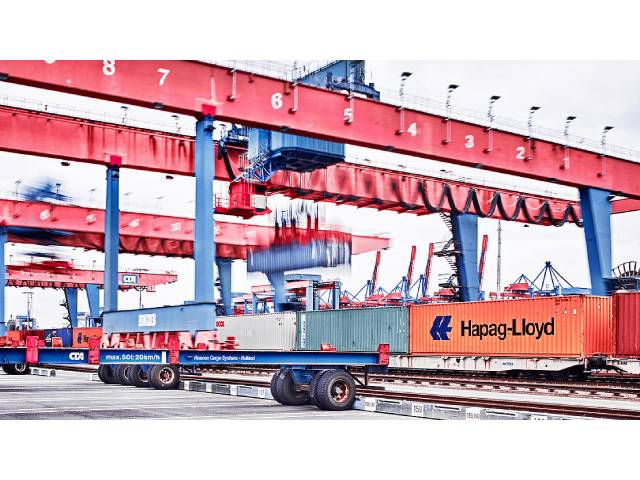 Despite the lasting impact of the coronavirus pandemic, Hamburger Hafen und Logistik AG (HHLA) recorded a positive operating result in the first nine months of 2020. However, due to a strong decline in business activities in the second quarter, this result is sharply below (- 38.9 %) the prior-year figure. Revenue also declined (- 8.1 %). Container throughput and container transport recorded strong and moderate declines, respectively. Although there were minor indications of a recovery in business in the third quarter fostered by, among other things, the renewed growth of the Chinese economy, HHLA will not achieve the strong result of the previous year in 2020.

Angela Titzrath, Chairwoman of HHLA’s Executive Board: “HHLA responded well to the situation created by the coronavirus pandemic. Our facilities are operating reliably and stably under the conditions provided by the authorities to protect public health. HHLA moves what Germany and Europe need. This is something that consumers and companies can rely on. Even if our key performance indicators have not developed as we had expected at the beginning of the year, the positive operating result is proof that our business model is resilient. HHLA can fulfil its financial obligations at all times. To continue strengthening our future viability, we are investing further in our core business areas and are looking for new profitable growth initiatives and digital solutions. We regularly review our cost structure in order to secure our financial fields of action. With our ambitious efficiency programme, we aim to drastically reduce costs over the next five years in order to maintain the competitiveness of our services.”

The listed Port Logistics subgroup recorded an 8.1 % decline in revenue to € 937.4 million in the first nine months. The operating result (EBIT) decreased significantly by 40.7 % to € 96.6 million. The EBIT margin decreased by 5.6 percentage points to 10.3 %.

In the Container segment, the throughput volume decreased by 11.2 % in the first nine months of 2020 to 5,086 thousand standard containers (TEU). This was mainly due to the loss of a Far East service in Hamburg and blank sailings as a result of the coronavirus pandemic. Feeder traffic with the Baltic region also decreased and could not be offset by growth in the German and British shipping regions. While throughput volume at the three Hamburg container terminals was down by 11.8 % on the same period last year, the container terminals in Odessa and Tallinn recorded a moderate decline of 5.0 % in throughput volume in the same period.

Revenue decreased year-on-year by 9.4 % to € 548.4 million in the first three quarters of 2020. This was primarily due to the decreases in volume caused by the coronavirus pandemic. The operating result (EBIT) decreased by € 43.9 million or 39.0 % year-on-year to € 68.7 million due to falling volumes. The EBIT margin decreased by 6.1 percentage points to 12.5 %.

In the first nine months of 2020, HHLA’s transport companies recorded a moderate volume decline in the Intermodal segment. Container transport decreased by 4.6 % to 1,129 thousand standard containers (TEU). The decrease in road transport was much more marked than that of rail transport. The latter decreased year-on-year by 3.7 % to 895 thousand TEU. The significant – and for certain routes dramatic – fall in maritime traffic from the North German seaports was partially offset by strong growth in continental traffic. A strong recovery in transport volumes in the third quarter helped minimise the impact of decreases across all routes in the first half of the year. In the third quarter, road transport also showed signs of a strong recovery as compared to the previous quarter. However, due to further weak growth in the Hamburg region and a persistently challenging market environment, road transport volumes decreased by 8.0 % year-on-year to 234 thousand TEU.

With a significant 5.2 % year-on-year decline to € 348.7 million, revenue performed somewhat weaker than transport volume. Despite a slight increase in the rail share of HHLA’s total intermodal transportation from 78.5 % to 79.3 %, average revenue per TEU decreased as a result of the particularly strong reduction in freight flows with longer transport distances.

The operating result (EBIT) fell by 18.0 % to € 62.4 million during the reporting period. In addition to falling volumes and revenue, this marked decrease was mainly due to increased fluctuations in import and export cargo with a resulting fall in capacity utilisation of rail systems.

As a result of the Group’s performance in the first nine months of 2020 and the continued uncertainties on possible restrictions to contain the coronavirus pandemic which have an impact on economic activity, the HHLA Executive Board maintains its assessment that it is not possible to make a reliable forecast under the current conditions. It can be assumed, however, that revenue and the operating result (EBIT) for the Port Logistics subgroup will be much lower than in the previous year. This is mainly the result of the sharp decline in container throughput and significant loss in container transport.

HHLA’s properties in the Speicherstadt historical warehouse district and the fish market area remained largely unaffected by negative market trends caused by insecurities regarding the further development of the coronavirus pandemic, with almost full occupancy in the third quarter. Despite the high occupancy rate, however, revenue of € 28.2 million at 30 September 2020 was significantly below the prior-year level (previous year: € 29.9 million). The decline was primarily the result of a revenue correction for expected rent losses as a consequence of the coronavirus pandemic.

While maintenance volumes remained constant, the significant year-on-year decline in the cumulative operating result (EBIT) of 17.3 % to € 10.3 million was therefore largely due to these expected rent losses.

The operating result (EBIT) in the Real Estate subgroup for 2020 is expected to be significantly below the prior-year figure.

The Interim Report is available at:
report.hhla.de/interim-statement-q3-2020

Baltic Dry Index as of April 16

A new multi-regional manual for the response to maritime pollution incidents in the Baltic, Greater North Sea and Mediterranean gets jointly published by HELCOM...