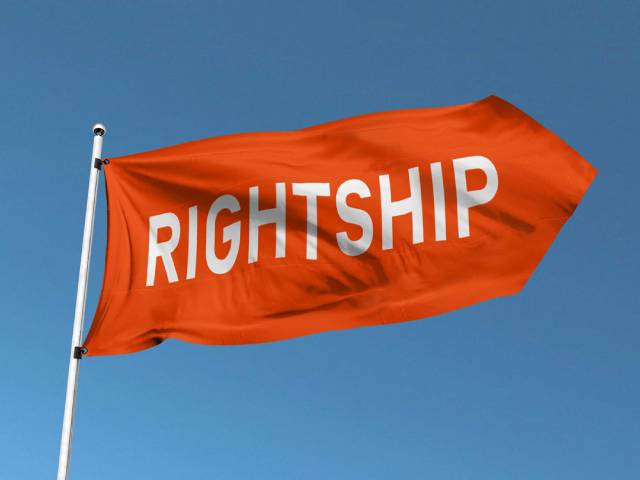 RightShip launched its innovative GHG Rating in 2012. In this article, RightShip’s Sustainability Manager Kris Fumberger looks back on the development of this product and explains why we are moving it into our new Platform.

It’s hard to believe that back in 2012, our industry was only just beginning to come to terms with the reality of the climate crisis. The maritime sector, which is responsible for approximately 90 per cent of the world’s trade, had an enormous role to play in the war on carbon.

At that time, there was very little reliable sustainability information for ship owners and even fewer resources for those seeking to reduce their emissions. At RightShip, we saw a need for a standardised system that rated the efficiency of ships during the vetting process, something that had not been accessible in the past.

So, we developed the GHG Rating, a product that enabled charterers to filter their vessel options, selecting those offering a lower CO2 output and reduced fuel consumption – and it was both innovative and controversial. Why? Because such a practice had never been part of the industry. Environmental accountability had never been a factor before and the move was initially met with some resistance.

How the GHG Rating began to influence the industry

In the years that followed, Cargill, Unipec UK and Huntsman all applied the ‘no F&G vessels for charter’ policy, and soon, more industry players saw the value in adopting a sustainable outlook, which impacted all levels of the supply chain. Charterers saw value in running efficient operations, banks increasingly looked favourably on sustainable shipping practices and ports provided fee subsidies for the most efficient vessels.

While the initial investment in energy-saving equipment may have been seen as costly, owners and operators quickly saw a return, as it strengthened relationships and improved financial outcomes, too.

By 2018, the IMO announced goals to reduce the shipping industry’s GHG emissions by at least 50 per cent by 2050 and since then we have seen a strong uptake of our environmental products and services.

Initially energyefficiencyrating.net was created so we could deliver our GHG Ratings on an open platform to ensure transparency and improve the accuracy of our database.

We never could have anticipated that we’d go on to have 8000 active users and subscribers submitting vessel sustainability information, that would in turn impact the decision making of more than 100 of RightShip’s customers who utilise the GHG rating within their business practices.

In recent years, we have worked to ensure our technology evolves in line with the industry’s needs and are therefore launching a new Platform and Safety Score.

As part of the improvements, we have also moved all of our GHG Rating services to the Platform. Current RightShip customers can log in to access all of the GHG Rating data as normal, while those who aren’t currently customers have the opportunity to enjoy a free six-month trial, up until May 2021. Those interested in participating in the trial can complete this form to get started.

We thank everyone who has helped us to develop our environmental products in the past eight years, and look forward to continuing to deliver comprehensive sustainability guidance to the industry. We’re well on our way to reaching our goal of zero emissions globally.

Learn more about how RightShip’s GHG Rating works within the new Platform on our microsite: comingsoon.rightship.com