Cyprus Shipping News
Home World EU must not abandon seafarers – whatever the flag under which they... 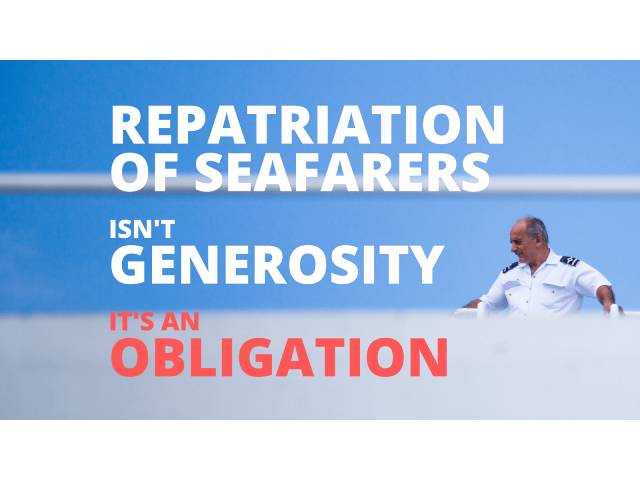 The COVID-19 pandemic has trapped hundreds of thousands of seafarers. Even today, EU member states accept without a second thought that goods continue to arrive at their ports, yet they refuse to accept the seafarers stranded on the merchant ships. They treat these workers worse than the goods.

With the resurgence of the pandemic, the ETF is alerting the services of the EU and the Member States to the dramatic physical and mental health of seafarers stranded at sea and the deterioration of their family situation.

The European Union must step in and ensure that port States allow crew changes. Further, all European States must coordinate, through their consular services, to ensure the repatriation of seafarers stranded at sea. It is not generosity; it is an obligation under maritime law, incumbent upon them as a flag State.

The Maritime Labour Convention 2006 provides that:

Any refusal to repatriate and any automatic extension of the contractual service period violate these fundamental principles.

To alert EU Commissioners to the continuing crisis onboard ships and the urgent need for member states to act, ETF addressed a letter to Commissioners Vălean, Schmit and Johansson today. You can read the letter here.