Ship arrest is a complicated area of civil law which may well vary in different jurisdictions.  In Cyprus, ship arrest is enforced by the Administration of Justice Act Part 1 of the Arrest Convention in 1952, as adopted by the United Kingdom, by virtue of Cyprus’ Constitution and section 29 of Law the Courts of Justice Act (14/60).

In brief, a ship is arrested if legal action is taken against the ship itself – known as case of an action in rem, in order to enforce a maritime lien or claim. The arrest of a ship is only possible in the case of an action in rem and thus the filing of an action in rem is a prerequisite for a ship arrest.  Discussing as to any differences in the procedure between a maritime lien and a maritime claim, it should be noted that no difference exists between the two. However, under Cyprus Law Maritime, liens enjoy certain advantages over all other permitted actions in rem, in the time of creation of the lien, in priority and in the enforceability of the security. Under the English Administration of Justice Act 1956, the following are recognized as Maritime liens under Cyprus Law:

More specifically, Rule 50 gives an absolute right for arrest of property once the Admiralty Court is satisfied with the following points:

In the event that the application for the arrest of a vessel is successful, the Admiralty Court will require the following from the claimant as security:

In regards to the type of claims under which a ship can be arrested, an application for the arrest of a ship may be filed, amongst others, in respect of claims by a master or member of the crew of the vessel for wages.  Further, the Admiralty Court has jurisdiction to hear any claims by or in respect of a master or member of the crew of a vessel for any money or property which, under any of the provisions of the Merchant Shipping Acts 1894-1954, is recoverable as wages in the court or in the matter in which wages may be recovered.

Considering the fact that Masters’ and crews’ wages are ranked as ‘high priority’, in a case of successful ship arrest application, the crew will be one of the preliminary parties to receive what they are owed in each case.  It is important to understand that an “arrest” only applies to the ship and not its crew, who retain all their rights.  Taking this into account, the ship management companies often communicate directly with the crew of the ship to verify and discuss whether the ship owner has also any unpaid wages towards them. The ship management companies may thus take the opportunity to warn the ship owner, after having liaised with the crew, that in case they do not settle their financial obligations towards them, an application for a ship arrest will be filed against the ship.

This tactic is often used by ship management companies as a mechanism against the ship owners in order to recover their fees, where this is permitted at the respective jurisdictions. Thus, it is often the case that ship owners, in the fear of a ship arrest claims, are willing to actually negotiate the payment of any unpaid services and/or unpaid wages they may have owed towards the crew and the ship management companies in order to avoid any unfavourable consequences.

Michael Kyprianou & Co LLC is ready to assist and advise you in relation to any issues related to the ship arrest procedure in Cyprus and any legal implications. 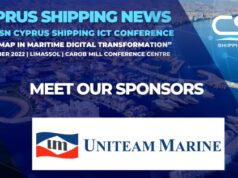 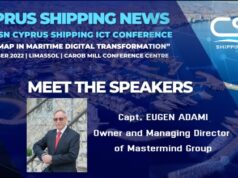 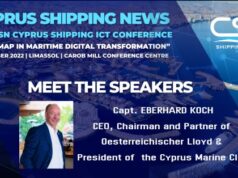