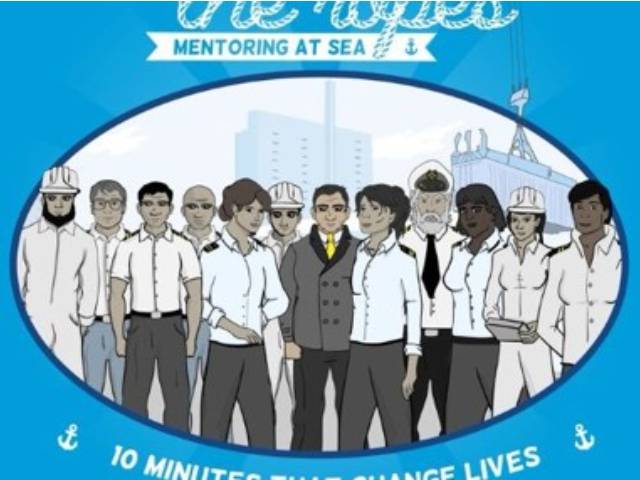 The Nautical Institute is launching an online campaign promoting mentoring at sea, thanks to generous funding from the TK Foundation.

Entitled ‘Mentoring at Sea – The 10 Minute Challenge’ the campaign features a series of five short films that cast a spotlight on the many ways in which mentoring improves life at sea while helping mariners to grow professionally. Released fortnightly, each film documents seafarers of all ages, nationalities and ranks discussing the fundamental aspects of mentoring, whether giving or receiving. Participants speak passionately about the positive impact of sharing knowledge and experience with others.

Spearheading the campaign is NI Senior Vice-President, Captain André LeGoubin FNI, a long-standing advocate of the power of mentoring and author of The Nautical Institute’s popular publication Mentoring at Sea – The 10 minute challenge, who said: “Experiences can be good or bad, but the knowledge that comes from those experiences can only ever be good. At The Nautical Institute we have always believed in the power and necessity of mentoring at sea, and particularly during these difficult times where having good relationships onboard has never been so important. We are thrilled to have the opportunity to promote mentoring once again with the help of the TK Foundation.”

The films have been produced by Mónika Naranjo-Shepherd of LUMA, a storytelling design agency. Commenting on the value of mentoring for wellbeing, Ms Naranjo-Shepherd said: “I hope the films ignite a conversation about mentoring in the shipping industry. Mentoring makes ships happier because people feel appreciated, they feel they can speak up and feel confident in their knowledge of their roles. I would go as far as saying that it has a humanitarian value because seafarers spend so long away from home, working long hours. It should be the shipping industry’s responsibility to make sure their mental health and wellbeing is absolutely guaranteed, and accomplishing that without the bond that mentoring creates is very hard indeed.”