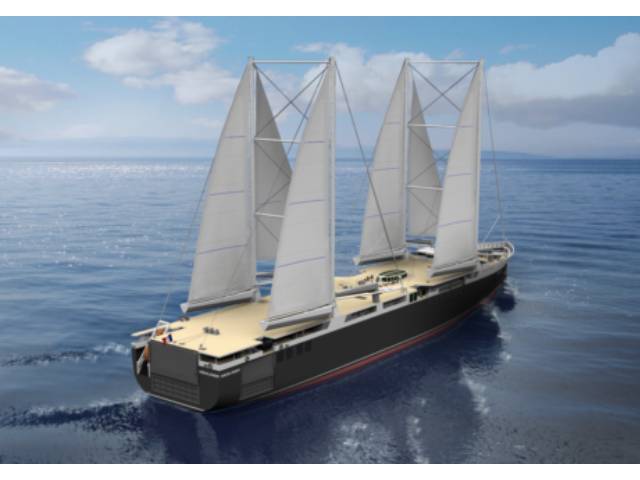 Manitou Group, a global leader in handling, aerial work platforms, and earthmoving, has formalized its partnership with the innovative and eco-responsible company Neoline, which specializes in maritime transport via ro-ro cargo ships.

By signing this contract, the group accelerates its ecological transition by choosing a solution that drastically reduces the environmental impact of its exports to the United States.

This virtuous collaboration between Manitou Group and Neoline, which began in 2017, is now formalized by a contract signed by both partners. This partnership involves the transport of all aerial work platforms and telehandlers manufactured by Manitou Group in France via a primarily wind-powered cargo ship heading for the North American market. These products will be loaded at the Saint-Nazaire Port (Loire-Atlantique) for shipping to the East coast of the United States via the Port of Baltimore (Maryland).

Augustin Merle, Director of Logistics and Projects at Manitou Group, says: “We are proud to sign this contract with Neoline today. It is an important step in moving this project forward. By engaging with a local partner, we are not only strengthening our regional position,but we are also going to reduce our transport carbon footprint, while guaranteeing reliability of service for our customers in the United States and Canada.” 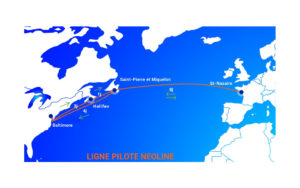 With more than 1,000 machines exported to the United States per year, Manitou Group will have a load capacity of up to 40 machines per trip on board this sailing cargo ship. This navigation solution will also make it possible to reduce up to 90% of CO2 emissions when compared with a traditional cargo ship making an equivalent trip (or approximately 4,000 tons of CO2).

According to the development plan of Neoline’s pilot line, construction of the first ship, which will be 136 meters long and have a sail surface of 4,200m², will begin in the coming months. It will be commissioned on a new transatlantic route between St-Nazaire, Baltimore, Halifax, and St-Pierre & Miquelon. A second ship with equivalent specifications will follow as soon as possible to achieve a rate of departure of every two weeks.

Jean Zanuttini, President of Neoline Développement, adds: “By signing this contract, Manitou Group is demonstrating its resolute commitment to the energy transition of its supply chain. Thereby, Manitou Group gains access to a new generation of maritime transport designed to reduce environmental impact as much as possible while fully meeting its logistics needs. Manitou Group, which is a global leader in handling, thus sends a strong signal and demonstrates that the NEOLINE service meets a real need for French industrial companies with a resolute commitment to the sustainable development of their business. We are technically and commercially ready to quickly and drastically reduce transatlantic supply chain emissions.”

Given the current economic, environmental, and health crises, Manitou Group’s engagement with NEOLINE shows its long-term vision and strategy in terms of social responsibility and sustainable development, which are true assets for the company’s future. 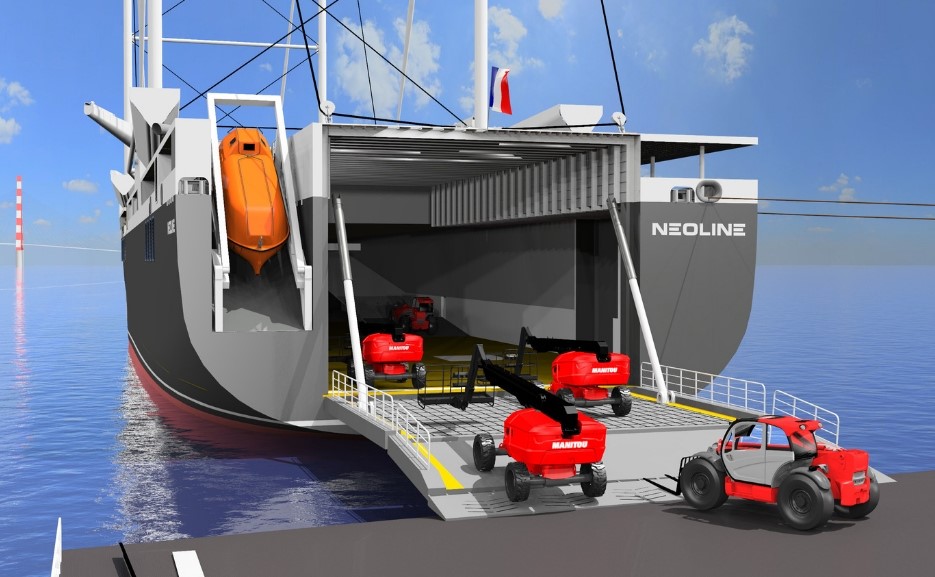