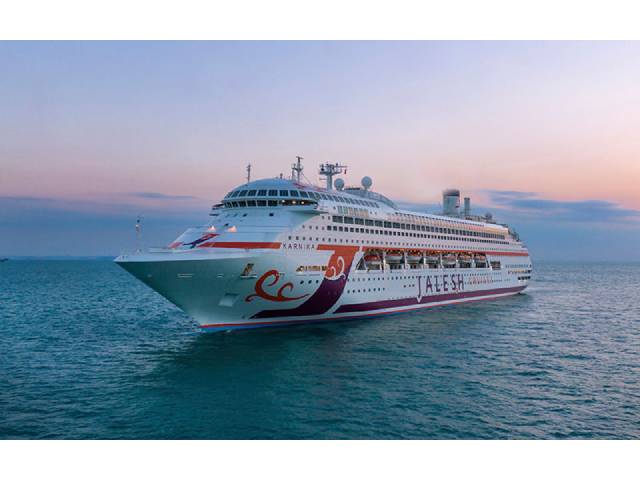 Jalesh Cruises, which had been struggling financially since the suspension of cruises, cited the impact of the pandemic and uncertainty over when cruising would resume.

At the same time, the company in a written statement appealed to India’s High Court and Port Trust to assist. Noting that the company’s creditors had arrested the ship, the Karnika, they said that 60 crew members are stranded on the ship that remains in Mumbai. Citing a delay in the court’s response, the company’s statement said, “Unfortunately, due to this delay, the crew on the ship are living in poor conditions with no fuel, power, etc. We are hoping to get the crew members signed off and relieve them so that they can go home, as soon as the legal formalities are completed.”

Built in 1990 and operated as Princess Cruises’ Crown Princess, the 70,000 gross ton cruise ship had once been one of the largest in the world.  Carnival Corporation later transferred the cruise ship to Australia where she sailed as the Pacific Jewel alongside her sister ship the Pacific Dawn. Carnival Corporation announced that they had sold the ship in 2018 as part of an effort to modernize its Australian operations and improve yields from the cruise ships.

Jalesh launched as a dedicated Indian cruise line offering short party cruises while also planning to expand into longer trips. The company also said that it planned to acquire a second cruise ship to increase service.

Operations were suspended on March 12, 2020, and days later the ship was ordered arrested by India’s Admiralty Court with approximately $4 million in debt mostly for fuel and supplies. Later the ship was briefly permitted to reposition when a cyclone was approaching the port but since then remains at Mumbai.

“We would like to reassure the crew and their families that we have not forgotten about them, hence, have put the right wheels in motion,” said the statement. Citing unnamed senior management the statement continued, “In addition, we assure our crew members that they will receive their salaries as soon as the funds are received. The main priority is to reunite the crew with their families.”

Yesterday, news surfaced about the Karnika’s sister ship the former Pacific Dawn. Ocean Builders, a developer in Panama announced plans to acquire the ship and position it as a floating community off the coast of Panama. Once considered two pioneering cruise ships, the vessels lacked modern amenities such as balcony cabins for their passengers. They are among a growing number of older cruise ships that have fallen victim to the economic impact of the pandemic.