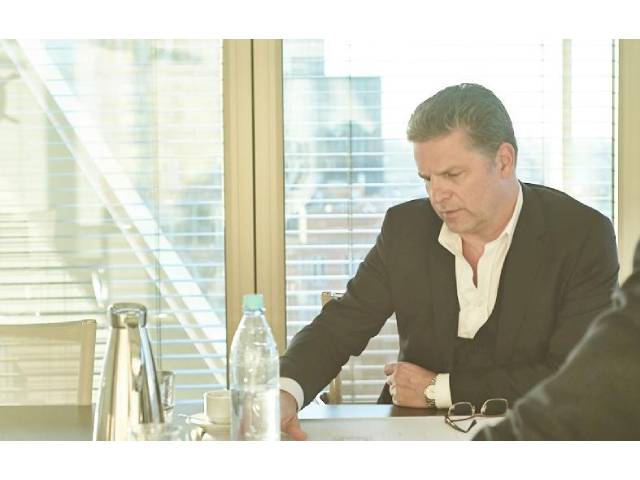 At the end of May 2020, ChartWorld launched MyFleet, described as the shipping industry’s first free-of-charge cloud-based tool to do due diligence on voyage planning. Designed to support onshore teams in checking and assessing risk in a ship’s voyage plan, MyFleet’s arrival follows on from a legal ruling which has a huge impact on vessel operations, said Oliver Schwarz, ChartWorld’s Business Development Director.

He said its development was driven by a combination of factors – response to demand, the CMA CGM Libra legal decision and ChartWorld’s ongoing development focus.

“There were two major triggers to move forward with MyFleet. First, specific demand from our office in Tokyo. Japanese ship managers/owners appear to take a particularly diligent approach to safety and due diligence of a voyage plan prior to departure. That is something we have not seen in other parts of the world. In Japan, they manually enter routes into an ECDIS in the office to do due diligence of the voyage plan coming from the second mate on the vessel – and that is so much work.”

“Second, the CMA CGM Libra case (the containership grounded when leaving the port of Xiamen in May 2011) and appeal judgment in the High Court. The judge confirmed previous rulings, agreeing that if the shipping company does not put into place proper due diligence measures on a voyage plan, then the ship can’t be considered seaworthy. This ruling has a huge impact on the way ship managers and ship owners will need to operate vessels in the future. I don’t think the industry has really understood yet what it means.”

ChartWorld has been ‘carefully testing the ground’ in this area, he said. “The ruling suggested that the shipping company must make sure the vessel has all the tools of information in place to make the best possible voyage plan and must have some sort of process to verify this.”

MyFleet is a logical evolution of ChartWorld’s MyRA voyage planning tool, said Mr Schwarz. “MyRA is an appraisal tool. The voyage plan made on the vessel is automatically shared with MyFleet on shore, allowing the marine management team on shore to take a good view of what is happening on the vessel and do verification.”

The entire development of MyFleet, from planning phase to delivery of first release, took eight months. ChartWorld can push out updates easily because MyFleet uses browser technology, and it is planning six update releases a year.

In its basic form, MyFleet provides free-of-charge weather data, ChartWorld ENC data, the ship’s position,the created voyage plan for each vessel of the owner’s fleet, and the route in use on the ECDIS. The reaction to the tool has been extremely good, said Mr Schwarz. “It was launched at the end of May and we have eight shipping companies subscribing to it already.”

A ship being ‘at sea’ is no longer a viable or legal defence for lack of shore-based oversight, he warns. “Improvements in communications, tech and intelligent routing software means the wider world now expects vessels to have shore-based navigational oversight.”

What about industry reaction to the Libra ruling?

“We are seeing very strong resistance in the industry against the indication about what this court ruling implies. At present, liability sits with the master but in the future that may not be the case – so the question is, who will take responsibility? Will the master be able to share responsibility with the office?”

“Ship owner/manager offices are all happy to look at information but actually sharing in all the responsibility isn’t what shipping companies want to do. But it is inevitable and it will require change in mindset.”

The COVID-19 pandemic, meanwhile, has had a clear impact on customers, said Mr Schwarz. “Clearly something we have identified is that customers are not making investment decisions. No one knows where this (COVID-19) is going and they don’t want to spend money.

But an important development is that our customers now understand that sending out paper products to vessels is a thing of the past. We don’t need to send paper books; we can learn to appreciate benefits of e-books. COVID-19 pushed this forward and customers had to respond.”

For ChartWorld, the impact of COVID-19 has led to a rethink on office space. “Working from home is a new experience,” said Mr Schwarz. “We have had people working from home in the past – of course, software developers can easily work at home. But all the customer services team have been working from home; we learned how to live with the ‘new normal’.“

We had previously applied to rent another floor (in Singapore) because our work was growing fast, but now we have told the landlord it isn’t going to happen. That entire trend is going to affect the real estate market. There will be new ways of working – for example, staff partly working at home and not coming into the office every day.”In addition, the company has already adjusted its travel budget. “We have adopted e-meetings and e-sales pitches and there will be a lot less travel.” Read more…