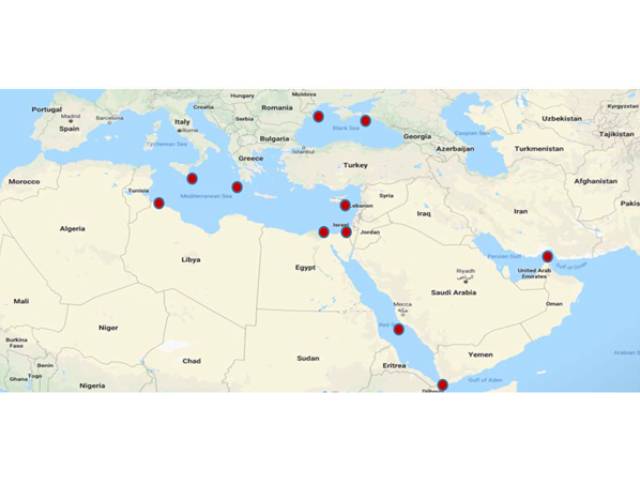 Ships have reported an increasing number of cases of significant GPS interference and jamming in recent months. The geographic areas with more than one reported incident include the eastern and central Mediterranean Sea, the Persian Gulf, and multiple Chinese ports. This interference and jamming have resulted in loss of or inaccurate GPS signals and has affected vessels’ navigation and communication equipment.

Whilst at sea, exact position, speed, and heading are essential to ensure safe navigation. The need for exact position information is particularly important when a vessel navigates close to shore or departs or arrives in port.

Similarly, The US Coast Guard’s Navigation Center (NAVCEN) investigates reports of GPS interference by civil, non-aviation GPS users and researches these reports and, if possible, establishes the mostly likely cause. In the bulk of reported GPS interference instances in the years 2017-2019, 37 were reported by vessels operating in the Mediterranean Sea, with 22 of those reported in the vicinity of Egypt. In addition, 2 instances were reported in the Black Sea (Odessa, Ukraine and Novorossiysk, Russia). Furthermore, there were 1 instance reported in Hodeidah, Yemen, 1 in the Strait of Hormuz and 2 in the port of Jeddah, Saudi Arabia. The reported locations are shown as red dot on the map above.

Gard recommends reporting incidents of GPS interference and jamming, cyber spoofing, software and electronic incidents and similar failures. By doing so, it will help Governments and the industry in establishing the root-causes and learn how to handle and avoid such incidents in the future. To facilitate reporting and analysis, it is important to include critical information such as the location (latitude/longitude), date and time, duration of the outage/disruption, photographs or screen shots of equipment failures experienced when reporting incidents.

MARAD have a dedicated Web Portal for communicating potential or observed maritime security threats, such as GPS interference, by the maritime industry.

GPS disruptions or anomalies should be reported to the authorities. Both the U.S. Coast Guard Navigation Center (NAVCEN) and NATO Shipping Center have dedicated websites to receive reports and to share information about effective navigation practices for vessels experiencing GPS disruption or security threats.