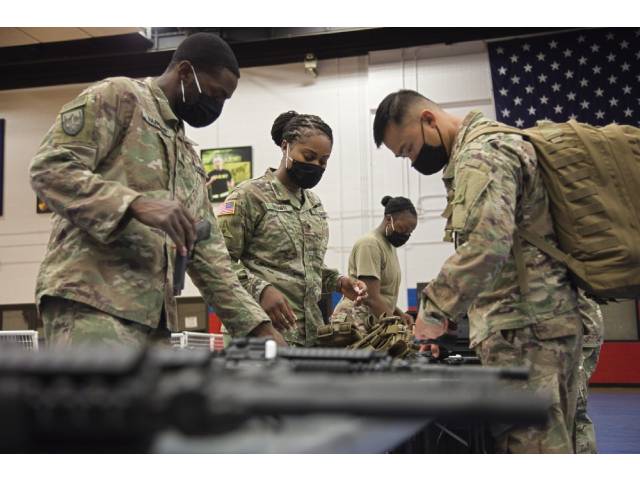 The Coast Guard’s Western Hemisphere Strategy assigns three specific priorities of combatting networks, securing borders and safeguarding commerce. To achieve success in these priorities, the Coast Guard continuously strives for close coordination between partnering naval assets as well as its own. Effective communication, persistence and teamwork are among many characteristics that contribute to mission success. The diversity of the assets that contributed to these interdictions demonstrates the effectiveness of the high level of cooperation between the U.S. Coast Guard, the U.S. Navy, and British Royal Navy. The Coast Guard remains committed to the enhancement of counter-narcotic operations throughout the maritime domain to diminish transnational threats and maximize our country’s security.

“This large amount of drugs was seized in just a short 13-day span, shows just how serious the issue is,” said Capt. Dorothy Hernaez, commanding officer of the Cutter Harriet Lane. “I am very proud of the efforts by not only the Harriet Lane crew, but also all the other Coast Guard, Navy, and British Royal navy assets involved in the interdictions. These crews overcame significant challenges related to COVID-19 to remain both operational and effective, in order to keep these drugs off our streets.”

On April 1, U.S. Southern Command began enhanced counter-narcotics operations in the Western Hemisphere to disrupt the flow of drugs in support of Presidential National Security Objectives. Numerous U.S. agencies from the Departments of Defense, Justice, and Homeland Security cooperated in the effort to combat transnational organized crime. The Coast Guard, Navy, Customs and Border Protection, FBI, Drug Enforcement Administration, and Immigration and Customs Enforcement, along with allied and international partner agencies, play a role in counter-drug operations.