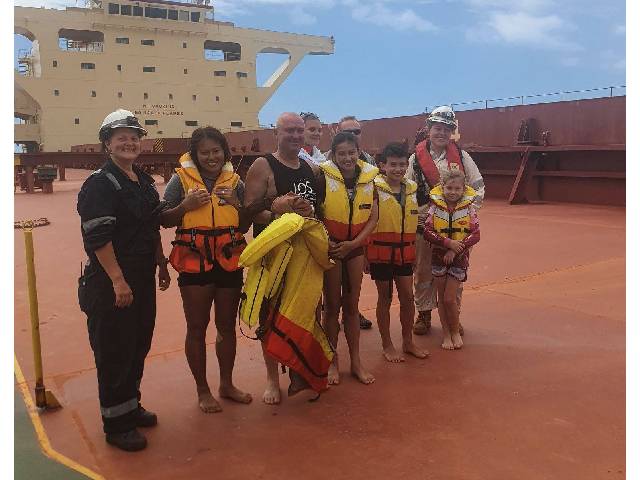 ASP Ships Group managed vessel RTM Twarra , rescued 8 people including 4 children who’s catamaran sank 30NM NNW of Gladstone, Queensland, Australia on Friday 18th September 2020.
The RTM Twarra was diverted to the scene by RCC Canberra in a collective response to the EPIRB signal that had been activated and included Queensland water police, a helicopter and a rescue jet.
All eight survivors were picked up by RTM Twarra rescue boat team as they clung to a 2m inflatable dingy including 2 girls (12 and 6), a 10 year old boy and an 8 month old baby.
Once onboard they were assessed by the medic team on the helicopter, that had landed on the deck, before finally being taken ashore.
Captain Cary Humphrey of RTM Twarra said:
“I am proud of the conduct of my crew in their efforts, attitude and willingness to help other fellow man is a large understatement.”