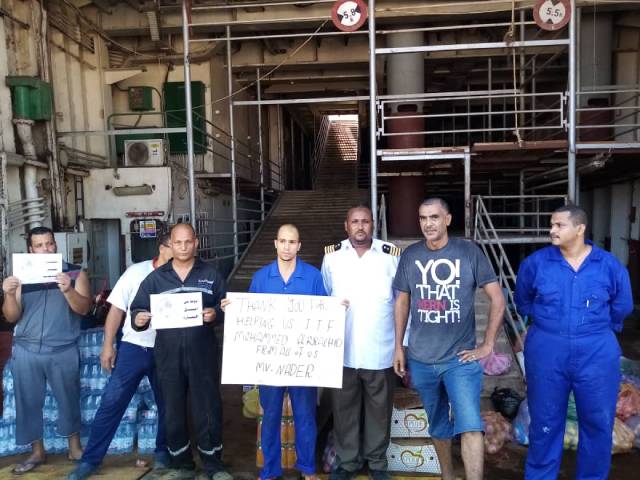 A growing number of crew abandoned on ships in the Arab World without pay, food or water are receiving assistance from the ITF Arab World and Iran Network to survive and get home. We take a look at two recent cases:

“The situation is getting worse here on board. The ship is out of diesel for lighting. I’m really afraid something bad will happen, I swear the crew could harm themselves.”

This was one of many messages that Mohamed Arrachedi, ITF Arab World and Iran Network Coordinator, has received during the crew change crisis this year.

It was from one of the six Egyptian crew stranded on the Tanzanian-flagged MV Nader in the Port of Suakin, Sudan. These seafarers had been abandoned on board the 43-year-old ro-ro cargo vessel in the Red Sea, since November 2019.

Since the ITF network was set up two years ago, Arrachedi estimates that around seven out of every 10 calls he receives are calls for help from crew abandoned on ships without pay or provisions.

For nine months the crew on the Nader faced almost daily shortages of food, fresh water and fuel to keep the ship’s lights on.

“The crew are in a very bad psychological situation and the courts are still closed,” the ship’s officer texted the ITF.

“Abandonment is the cancer of the shipping industry,” said Arrachedi. “We observe with concern a worrying increase of cases in the Arab region. Some unscrupulous ship owners think they have impunity in the region.”

“There are many countries here that have not ratified the Maritime Labour Convention, however there are many cases now being reported in the region as seafarers become more aware that we can help,” said Arrachedi.

According to the ILO Abandonment of Seafarers database, the Middle East accounts for around 80 of the around 200 active cases worldwide.

Of all cases of abandonment recorded on the ILO site, 340 were reported by the ITF. Of the 197 resolved cases worldwide, 157 involved the ITF.

The MV Nader is one of them. The six crewmembers returned home to their families on 25 July this year with their USD$60,308 in wages owing.

“We have at last managed to get paid with the help of the ITF. The ITF helped us many times, including with fuel, provisions and water. We, all crew of MV Nadar, reiterate our thanks,” they wrote.  “Thank you for helping us ITF Mohamed Arrachedi.”

Arrachedi in turn paid tribute to ITF network contact Abdelhafiz in Sudan for the work, as well the authorities at the Port of Suakin, for all their assistance.

In the case of the general cargo vessel MV Reggae, priority was given to the sale of the vessel, before the crew’s needs. The vessel was abandoned in Tunisia in 2019, then again in Turkey.

“We are abandoned seafarers. We have not been paid our wages,” the crew texted Arrachedi. “We haven’t had meal from yesterday evening. The situation here on board is getting bad and we don’t have diesel even for lighting. We wait your call.”

The crew had written to the owners of the vessel in March, requesting repatriation in accordance with Maritime Labour Convention, citing mental health concerns and five months unpaid wages.

“The crew onboard the Reggae suffered,” said Arrachedi.  “So often they went without food and water. Yet these seafarers were real heroes. They resisted. They fought for their rights.”

Repeated attempts by the ITF to contact and call on the flag state, Comoros, to intervene were ignored.

“It is really worrying that flag states won’t reply, even when the complaint is about seafarers starving on ships without food and water,” he said.  “The results could be fatal.”

Months went by with a total impasse as the ship sailed from Tunisia to Volos, Greece and then Nemrut, Turkey and back again. With time, some of the crew buckled.

“Sometimes the only weapon with which you can win or lose, is time. Everyone is using time. With time passing you feel weak and eaten from inside. You cry out ‘I don’t want money, just give me a ticket home’,” said Arrachedi.

The Turkish crew disembarked on April 1, when the vessel was in their home port – with part of their wages still owing. But the five Indian crew remained on board.

“We stood up, sir,” they wrote on their return. “Thanks for keeping our morale high. We were getting distracted and weak at times, thanks for backing and supporting us.”

The ITF Inspectorate has vowed to keep abandonment an ITF priority. “What we are fighting is a notorious model of slavery at sea. We must work in collaboration with international authorities to eradicate it,” said Arrachedi. 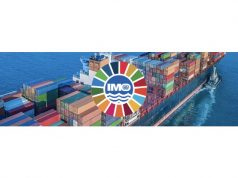 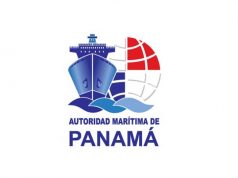 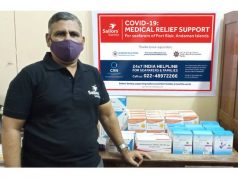