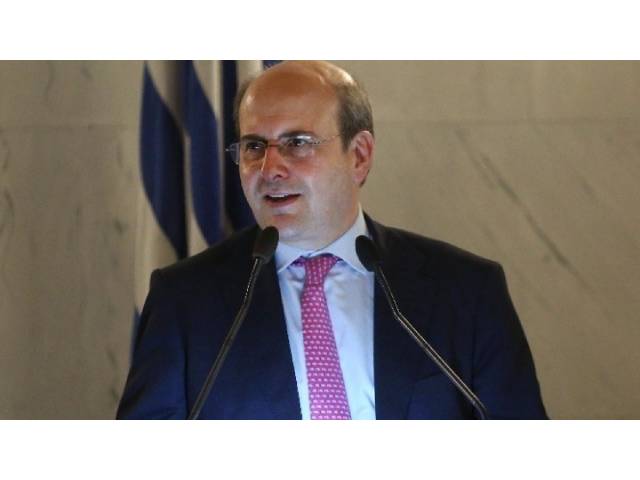 DESFA, Hellenic Gas Transmission System Operator, will enter the equity capital of the FRSU in Alexandroupoli as the fifth shareholder, Environment and Energy Minister Costis Hatzidakis said on Friday.
Addressing the Southeast Energy Forum 2020 in Thessaloniki, Hatzidakis said that negotiations over a new shareholders agreement were expected to begin in the next few days, adding that the project -which has attracted interest for capacity pre-reservations by 12 traders in a period of 15 years- will be fully operational by the end of 2022 or early 2023.
The Greek minister also said that the statute of the EastMed Gas Forum will be signed in September 22 and that the US and France will have an observer status in the forum which evolves into a permanent international organization. “ Greece and the Greek government believe that energy can bcome the catalyst for improving cooperation and development in the wider region of southeastern Europe and East Mediterranean and not tools for tension and further bilateral problems. This message refers primarily to Turkey,” he noted.
He said that Greece and the US have a relation of strategic importance, which is expanding through bilateral strategic dialogue and that energy is at the epicenter. Hatzidakis said that the Trans-Adriatic Pipeline TAP was expected to be fully operational by the end of 2020 and that an interconnection pipeline with Bulgaria is expected to be completed by the end of 2021.