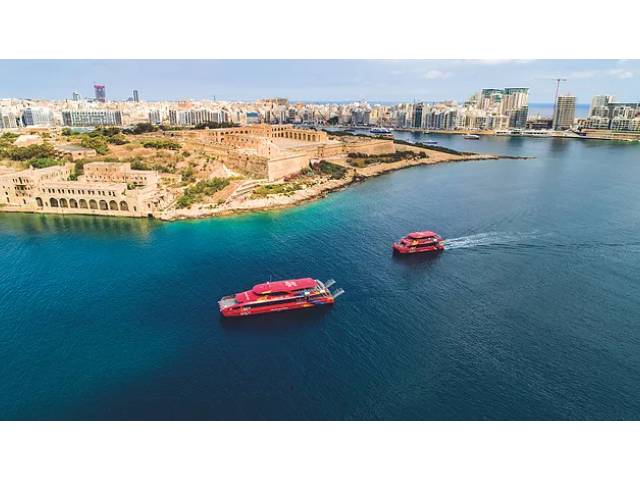 Wight Shipyard Co has achieved a UK first by building four ferries simultaneously at its yard in Cowes, IOW, for a leading Maltese tour operator.

Jo Daly, COO, WSC, said: “We are proud of being able to produce four large ferries within a year, despite the restrictions and changes to working brought about by the worldwide pandemic Covid19. This is testament to the outstanding team that made such a quick completion possible whilst still achieving the same high build standards and attention to detail that WSC has become synonymous with.”

Valletta’s Grand Harbour is both steeped in history and a geological site of significant interest dating back to prehistoric times where many of the ancient wharfs still exist. Creating a vessel that could operate within these parameters was led by One2Three Naval Architects, the clients, and the design team at WSC.

The bespoke vessels for Captain Morgan Holdings Ltd, a subsidiary of Fortina Investments Ltd, have been created to be lighter and more fuel efficient than anything that the yard has built before.

WSC specialises in the build of light weight ferries with the subsequent benefit of lower fuel burn. Meticulous attention is paid to the weight of every element of the materials and equipment used on the builds, which has led to outstanding weight reductions on all four of the ferries offering substantial fuel savings. Every one percent of weight saving equates to one percent of fuel saving.

The two newbuild 20m harbour catamarans will replace existing vessels which already service the historic harbour cruise around the two natural harbours surrounding the capital city of Valletta and the 3-cities.

The 20m is designed to be a slower harbour waterbus for frequent stopping in ports surrounding the sheltered waters around the capital. It is designed for optimum efficiency achieving speeds of between 8-10 knots, with a top speed of 20 knots.

The vessel’s layout provides for seated passengers on both the main and upper decks whilst providing excellent comfort levels in an open-plan deck arrangement. The wheelhouse main steering station is located on the second deck level for excellent visibility. It can carry 197 passengers and three crew.

The two 33m medium speed vessels meanwhile will service a new commuter/tourist hop-on hop-off service along the east coast of Malta as far as the island of Gozo. These vessels are also replacing a number of old existing vessels which transport commuters between the islands of Malta, Gozo and Comino.

The main aim for these vessels is to move commuters and tourists quickly in and out of different locations around the coast and offer commuters flexibility and comfort. Whilst operating below 20 knots and under high speed code it can achieve a top speed of 30 knots.

The layout of the 33m is slightly different to the 20m. The main deck features an enclosed air-conditioned cabin with seating and a kiosk/bar located at the aft end of the cabin, while the open upper deck provides protection for the passengers from rain with a large overhanging roof. It can carry 298 passengers and four crew.

Despite the changes to safe working practises and subsequent problems brought about by the worldwide pandemic, the builds have been received in good time and on budget. Compared to the older boats they are replacing the vessels will achieve considerable fuel savings and reduced operating costs. They will also help to achieve sustainability targets and obtain lower emissions across the fleet. It is anticipated that current traffic congestion around Malta will be eased by large volumes of people using water transport not cars or buses.

Going forward, these vessels shall form an integral part of Fortina Investments’ innovative iSeeMalta concept, which provides visitors with access through a single pass to the ferry service, city sightseeing buses and public transport, as well as to Heritage Malta sites and other attractions. 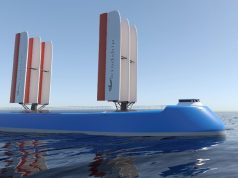 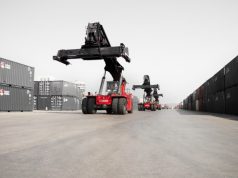 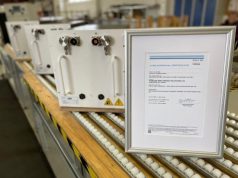