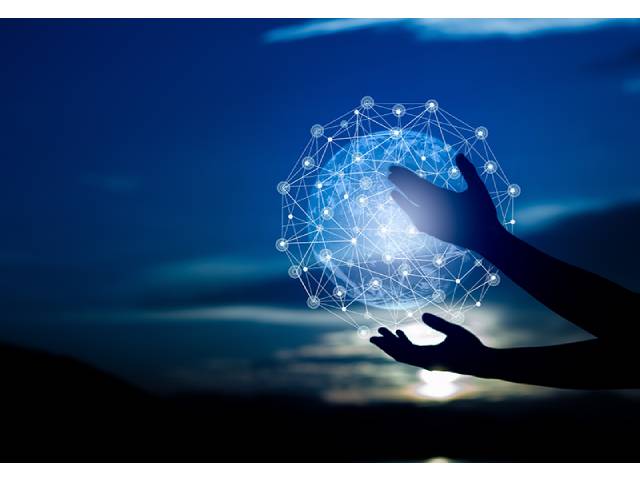 There are two key measures central to transforming the maritime industry to increase its sustainability and profitability. In this article, we introduce both of them, Eʹ (E prime) and Cʹ (C prime), and we discuss their relevance to operational efficiency, predictability, and strategic competitiveness1.

The world consists of two major ecosystems. The natural ecosystem produces the food we eat. Humans have created a capital creation system that produces the goods and services we consume. Success in the natural system depends upon capturing and storing energy, and we measure success in terms of energy efficiency, which we call Eʹ (E prime). Those that are efficient at capturing and converting energy survive. Every organization and industry need to raise its Eʹ in order to create a sustainable society. Energy expenditure is a component of nearly every cost of business. Eʹ is the invisible fuel, and the resulting savings go directly to the bottom line and enhance sustainability.

Every organization is a capital creation system and has a recipe for converting one of six types of capital (economic, human, natural, organizational, social, and symbolic) to another form or enhancing one form of capital. The transport industry, composed of multiple value-producing organizations, creates economic capital by moving goods from producer to consumer. In so doing, it relies on, for example, human capital (a ship’s crew), economic capital (a ship), and social capital (connections to shippers and shipping agents/port operators). Successful capital creation is measured by capital productivity or Cʹ (C prime), and in the shipping industry this is influenced by Eʹ because ships requires large amounts of energy.

Managing a ship requires balancing these two primes. To maximize Cʹ you want to spend the least amount of time traveling between ports and in ports and carry the largest possible cargo on each leg. In other words, you want to maximize port visits so you can carry more cargo with fewer ships. However, as you are aware, this not a trivial management task, as exemplified by the following challenging questions:

Answering these questions requires a shipping company to have insights into the needs of its customers, and the capabilities and plans of its service providers. It also means understanding how the relationship between E’ and Cʹ varies for major decisions. Raising Eʹ by green steaming2 between ports might lower Cʹ as a ship will be able to make fewer port turnarounds. On the other hand, a higher speed over water could raise Cʹ and lower Eʹ. Furthermore, when a ship cannot immediately enter a port for cargo handling, then there is no loss in Cʹ if ship green steams to arrive just-in-time.

You can raise Eʹ by green routing between ports so that a ship takes the path of least resistance in terms of wind, currents, and depth under keel to minimize energy consumption. Combining green routing and steaming will generate a higher Eʹ.

Overall, the critical metric is Cʹ and its value is determined by initial capital costs for building, buying, or leasing a ship and operational costs, which are mainly determined by Eʹ. We are evangelists for developing Maritime Informatics3 to give ship owners or ship charters the wherewithal for the dynamic short-term management of Cʹ and Eʹ, say between three or four ports, to maximize the lifetime Cʹ of a ship.

Astute captains and shipping owners intuit what you have just read, but they likely use different terms. Our goal is to work with the shipping industry to generate the data needed to compute Cʹ and Eʹ and develop the data analytics to maximize Cʹ for a shipping fleet or each voyage. We first need to start with a common understanding of the fundamentals, which we argue are Cʹ and Eʹ, and then we can build the digital infrastructure to manage them.

Importantly, the values of C’ and E’ are dependent on the actors participating in the co-production of transport between manufacturer and consumer. They must continually inform each other of their progress and plans to minimize delay and raise capital utilization. As the maritime industry is a self-organizing ecosystem, this means the various parties must share standardized digital data as needed to enable tight integration of operations when required. Collaboration greases Cʹ. This is particularly true in the current economic and maritime situation, where many shipowners are extending their operations to, cover the entire multimodal logistic chain. In this respect, digital data sharing is essential for the effectiveness of this entire chain. By improving E’ for the different modes (e.g., optimising loading / unloading trains or optimising truck pay load). Such improvements will be reflected in a higher C’ of the different actors in the chain.

The optimization Eʹ and Cʹ is enabled by data sharing and data analytics. Without standards for digital data sharing about all aspects of transport, such as the status of every container4, optimization is infeasible. Once a foundation of data sharing standards is established, then data analysts can combine real-time digital data streams and historical databases to apply techniques such as artificial intelligence, machine learning, and digital twins5 to raise the quality of decision making in the pursuit of higher values for Eʹ and Cʹ. Maritime and logistics companies are already working on problems such as the optimisation of vessel operation and predictive and prescriptive solutions to various critical aspects of the logistic chain.

EEOI as a measure of E’

The Energy Efficiency Operational Index (EEOI) is a current measure of E’ appropriate for the shipping industry. It refers to GHG emissions per unit of transport work, such as grams of CO2 per ton-mile (gCO2e/tnm). In practical terms, this KPI recommends that ship operators maximize the number of fully laden holds for the fewest number of legs on each voyage. As well, one could measure Megajoules per ton-mile, which would measure energy usage directly.

From an operational standpoint, managing to reduce EEOI begins with collecting relevant and accurate data. These data include vessel type, size, its route, reports from the ship, engine/equipment performance, weather conditions along that route, port congestion, availability of berths at each port and of course, speed and bunker consumption. Each of these data sets helps to paint a picture of a vessel’s performance while steaming and while conducting activities in a port, which also requires using fuel of some type.

For each of the needed data sets —and there are more—there is some inherent level of inaccuracy, and they are generated or updated at different times and frequency, from real-time, to quarterly. Some data feeds are subject to the availability of the Internet and can, in fact, go missing for days.  AI and machine learning can enrich, validate, correct and present data in an actionable way to maritime decision makers. When there are missing entries, machine learning can interpolate based on historical data.

As an energy and capital-intensive industry, shipping needs to build a digital foundation spanning from data standards to new analytics tools to digital twins that makes feasible effective measurement and management of Eʹ and Cʹ to improve decision quality. To have some influence over the future, you need to participate in making it. You want to prejudice your future by shaping today’s key decisions. Maritime Informatics is an emerging discourse joining practitioners and researchers to explore the opportunities enabled by enhanced digital data sharing, digital collaboration, and data analytics to optimize Eʹ and Cʹ. Thus, we argue that a body of industry innovators and scholars need to coalesce around the theme of Maritime Informatics[1] to create an overarching set of forums for addressing the full range of issues relevant to Eʹ and Cʹ. The captain steers the ships between ports, and Maritime Informatics can chart the industry’s voyage between the present and its digital future.

This article was originally published by Windward’s Captain’s Insights 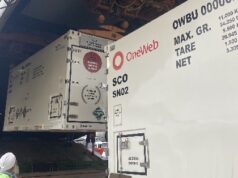 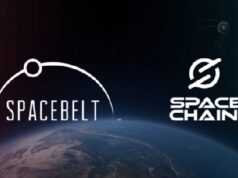 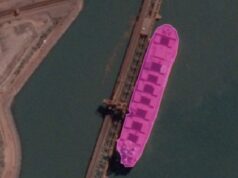