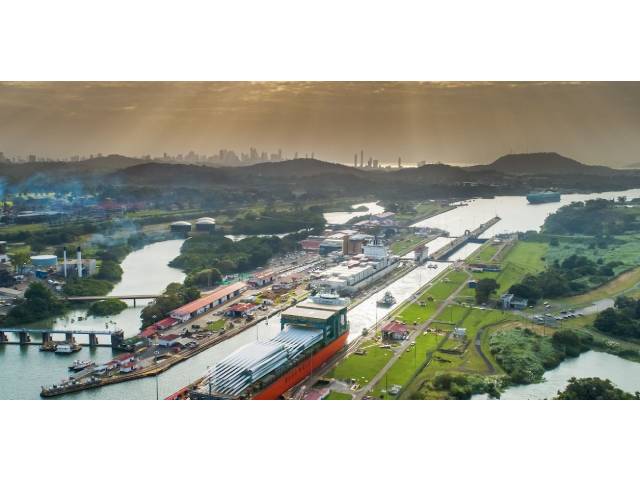 Panama Canal seeks a portfolio of water management solutions to improve the quantity, quality and control of its water supply

The Panama Canal today published a Request for Qualifications (RFQ) for the pre-qualification of potential offerors for the engineering, design and construction of a new water management system that will guarantee an adequate water supply for both Canal operations and local consumption for the next 50 years.

The Panama Canal plans to shortlist the most-qualified firms by the end of year. After this time, each pre-selected bidder will be invited to submit his or her best value proposals for a portfolio of water management projects at the waterway.

“Securing sustained, operational water levels is paramount for the long-term viability of the Panama Canal. The historically low levels of water in the recent years only exacerbated the need to adopt a comprehensive plan,” said Panama Canal Administrator Ricaurte Vásquez. “As the Canal’s largest investment since the Expanded Canal in 2016, I am confident this move will safeguard the waterway’s future as one of the most important hubs for global commerce. To achieve this, we are investing in an innovative system to address water quantity, quality and control effectively.”

Interested bidders are asked to submit their responses, also known as Statement of Qualification (SOQ), by November 12, 2020. The RFQ is available at: https://apps.pancanal.com/sli/Licitaciones/LicitacionHeader.

The implementation of an improved water management system has become a critical priority for the Panama Canal in recent months.

As a result of climate variability, the Panama Canal watershed experienced its fifth driest year in 70 years in 2019. This unprecedented drought constrained water levels severely at Gatun and Alhajuela Lakes, the main sources of water for the Canal and half of Panama’s population. Despite extensive use of water conservation measures at the Canal already, water levels were projected to drop below operational levels that would cause unprecedented an impact on customers if no further adjustments were made accordingly.

Faced with this scenario, the Canal implemented measures such as a charge for fresh water that came into effect in February, on top of water conservation practices already in place. These measures allowed the Canal to secure a steady draft after less than three months. Today, the draft level is 49 feet, the highest offered in more than 12 months.

By investing in a robust water management system, with proper environmental, social and economic safeguards, the Panama Canal looks to ensure its long-term operational reliability, which will be critical as it adapts to long-standing and coronavirus-driven shifts in global trade.

The Panama Canal also aims to use this investment to extend its role as an engine of economic development in Panama and green route for global maritime trade.