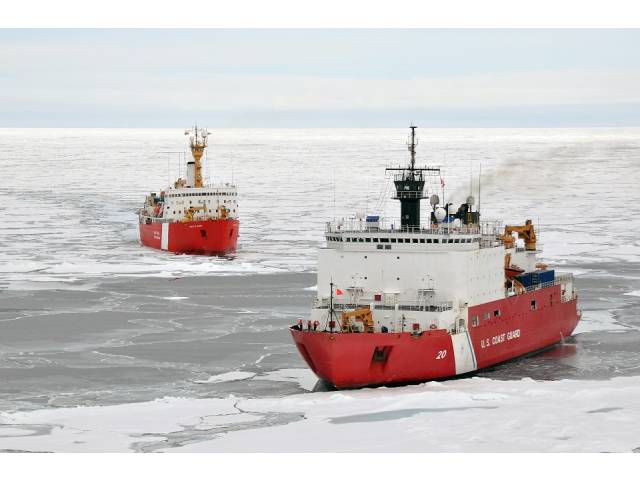 Proposed International Maritime Organization ban would allow exemptions and waivers resulting in 84% of Arctic shipping continuing to burn HFO in the Arctic, and permitting 70% of vessels to still carry HFO as fuel.

Responding to the release of a new White Paper: The International Maritime Organization’s Proposed Arctic Heavy Fuel Oil Ban: Likely Impacts And Opportunities For Improvement by the International Council on Clean Transportation (iCCT), Clean Arctic Alliance Lead Advisor Dr Sian Prior said [1]: “Now it’s clear the IMO’s proposed ban on HFO use in the Arctic is a ban in name only”.

“Not only is it outrageous that the proposed International Maritime Organization ban includes exemptions and waivers which, as this new report shows, would allow 84% of the HFO used by Arctic shipping to still be burned, and 70% of the current HFO fuel volume on board vessels in the Arctic to still be carried, but we are also concerned that the regulation could result in lower standards being applied to ships flying Arctic coastal State flags and greater risks in the vulnerable inshore waters that are most important for Indigenous communities.” [2]

The ICCT paper finds that the initial implementation of a proposed International Maritime Organization ban on heavy fuel oil from Arctic shipping, along with proposed exemptions for ships with protected fuel tanks and waivers for Arctic coastal nations’ ships operating in their own waters, will fail to protect the Arctic by allowing “business as usual” for most shipping operators in the region, and could fuel a race towards lower safety standards,

“If an Arctic country can waive the ban for its own ships, but is required to enforce the ban for all ships flying other flags in their waters, an unlevel playing field will have been created. In addition, waiving the ban for its own ships could compromise an Arctic coastal country’s ability to ensure that activities under their control do not cause damage to the waters and environment of neighbouring countries, or that pollution does not spread to neighbouring countries.”

“In addition, since the exemptions apply to newer ships, the continued use and carriage of HFO in the Arctic is likely to increase after the ban takes effect, as older ships are removed from the fleet and newer ships with protected fuel tanks replace them. This is simply not good enough, it doesn’t provide the Arctic, its ecosystem, wildlife and communities with the protection it so desperately needs. The Clean Arctic Alliance is calling for the draft regulation to be strengthened and for exclusions and waivers to not be allowed.”

“We share the concerns of Arctic communities about the potential socioeconomic costs of banning the use and carriage of HFO in the Arctic, but believe that there are clear socio-economic benefits of eliminating HFO spills in the Arctic, so the Clean Arctic Alliance calls on national governments to support the transition from HFO to alternative fuels to mitigate any negative socio-economic impacts for northern communities.”

“The Climate Crisis is having a direct impact on the Arctic, and will have serious repercussions further south. With temperatures hitting 38 degrees Celcius north of the Arctic Circle in June, summer sea ice at its lowest extent ever through July and the Northern Sea Route along Russia’s Arctic coastline open in July for the first time ever, and scientists predicting summers with no sea ice by 2050, the Clean Arctic Alliance is calling on the International Maritime Organization to put in place an effective and credible ban on the use of carriage of heavy fuel oil from Arctic shipping”, said Prior [3].

The ICCT Report reveals that Canadian-flagged ships used 15 kt of HFO, representing 3% of the total HFO used in the Arctic in 2019. Based on 2019 data, only 1 kt of Canadian-flagged ships’ use of HFO would be banned if the HFO ban regulation is adopted including exemptions and waivers – 93% of current HFO use would still be allowed.

The ICCT Report reveals that United States-flagged ships used less than 1 kt of HFO, representing less than 1% of the total HFO used in the Arctic in 2019. Based on the 2019 data, 0.6 kt of U.S.-flagged ships’ HFO use would be banned if the HFO regulation is adopted including exemptions and waivers – 30% of the current HFO use would still be allowed.

About the Clean Arctic Alliance

The following not-for-profit organisations form the Clean Arctic Alliance, which is committed to a ban on heavy fuel oil (HFO) as marine fuel in the Arctic:

The White Paper goes on to show that the exemptions and waivers proposed for inclusion in the Arctic HFO ban regulation would mean that in 2024 when the regulation is anticipated to come into force, there would only be a 16% decrease in the amount of HFO being used in the Arctic and a 30% drop in the volume of HFO being carried by ships in the Arctic (based on 2019 shipping data). Black carbon emissions would only decrease by 5%.

[2] Report To The Marine Environment Protection Committee PPR 7/22/Add.1, 24 April 2020. Annexes 1 to 22 to the report of the Sub-Committee on Pollution Prevention and Response on its seventh session (PPR 7/22).

Annex 12, Page1: Draft Amendments To MARPOL Annex I(Prohibition on the use and carriage for use as fuel of heavy fuel oil by ships in Arctic waters)

“Above-average air temperatures and extensive melt pond development helped to keep the overall sea ice extent at record low levels, however, leading to a new record low for the month of July. “

May 2020: Needed Now, More Than Ever: The Arctic Ban On Heavy Fuel Oil https://www.hfofreearctic.org/en/2020/05/19/needed-now-more-than-ever-the-arctic-ban-on-heavy-fuel-oil/

The Clean Arctic Alliance made up of 19 non-profit organisations, is working for a ban on the use of heavy fuel oil and carriage as fuel by Arctic shipping. Heavy fuel oil is a dirty and polluting fossil fuel that powers ships throughout our seas and oceans – accounting for 80% of marine fuel used worldwide. Around 80% of marine fuel currently carried in the Arctic is HFO; over half by vessels flagged to non-Arctic states – countries that have little if any connection to the Arctic.

The Arctic is under pressure – climate change is fuelling temperature rises double the rate of further south. In recent weeks, we have seen the collapse of Canada’s Milne Ice Shelf on Ellesmere Island, Arctic sea extent heading for record lows, and 38 degrees Celcius north of the Arctic Circle in June 2020, while scientific papers published have suggested the Arctic could be ice free by 2035.

As sea ice melts and opens up Arctic waters further, even larger non-Arctic state-flagged vessels running on HFO are likely to divert to Arctic waters in search of shorter journey times. This, combined with an increase in Arctic state-flagged vessels targeting previously non-accessible resources, will greatly increase the risks of HFO spills in areas that are difficult to reach, and that lack any significant oil spill containment equipment.

Already banned in Antarctic waters, if HFO is spilled in cold polar waters, it breaks down slowly, proving almost impossible to clean up. A HFO spill would have long-term devastating effects on Arctic Indigenous communities, livelihoods and the marine ecosystems they depend upon. It isn’t only the impact of a heavy fuel spill that is a concern, HFO is also a greater source of harmful emissions of air pollutants, such as sulphur oxide, and particulate matter, including black carbon, than alternative fuels such as distillate fuel and liquefied natural gas (LNG). When emitted and deposited on Arctic snow or ice, the climate warming effect of black carbon is up to five times more than when emitted at lower latitudes, such as in the tropics.

But while we are focussed on the risks to the Arctic, we also believe that the time of HFO is over. The global shipping fleet needs to move forward towards new, zero carbon solutions for propulsion. This will alleviate the threats from spills, as well as beneficial effects for our global climate and the air quality in the areas around shipping ports.

An initial examination by the Clean Arctic Alliance of the draft regulation put forward during meeting of the International Maritime Organization in February 2020 (PPR 7) suggests, based on current Arctic shipping levels, that loopholes in the text could mean over three-quarters of the HFO currently used in the Arctic could be exempt or delayed from implementing the regulation, which equates to more than two-thirds of the HFO carried on board vessels as fuel.

For this reason, the Clean Arctic Alliance is urging all Arctic States to throw their weight behind an effective and immediate ban – without loopholes – on the use and carriage of HFO as fuel by Arctic shipping.