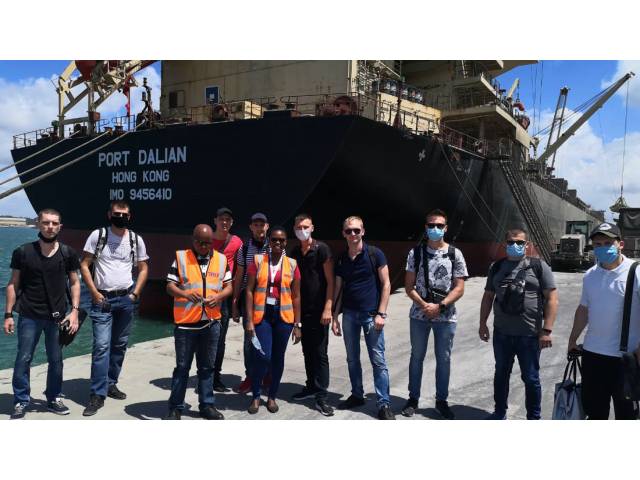 On day one of Kenya’s new Covid-19 safe crew change guideline implementation, Betty Makena Mutugi, International Transport Workers’ Federation inspector (ITF) in Kenya, set her alarm for 4am to make sure she was at Mombasa’s port by 6am.

She waited while two Ukrainian and one Romanian seafarer signed off the general cargo vessel MV Petra II at Alpha Logistics.

“Are we going home,” they asked. “When? Today?”, one seafarer said as he jumped for joy.

Since 21 July 2020, over 100 seafarers have come down the gangway of 18 hulking cargo ships and one cruise line to board flights home at the port of Mombasa.

“Each time crew embark and disembark they are so happy, so excited,” said Betty.

Some crew want to kiss her. She gives them her phone to call their families. She can hear them down the line shouting in delight.

One of the dock workers came up and asked what was happening.

“When we do the lashing, we talk to the crew,” he said. “They are tired. They never smile. Now they are happy. I’ve never seen them laughing. What’s going on?” 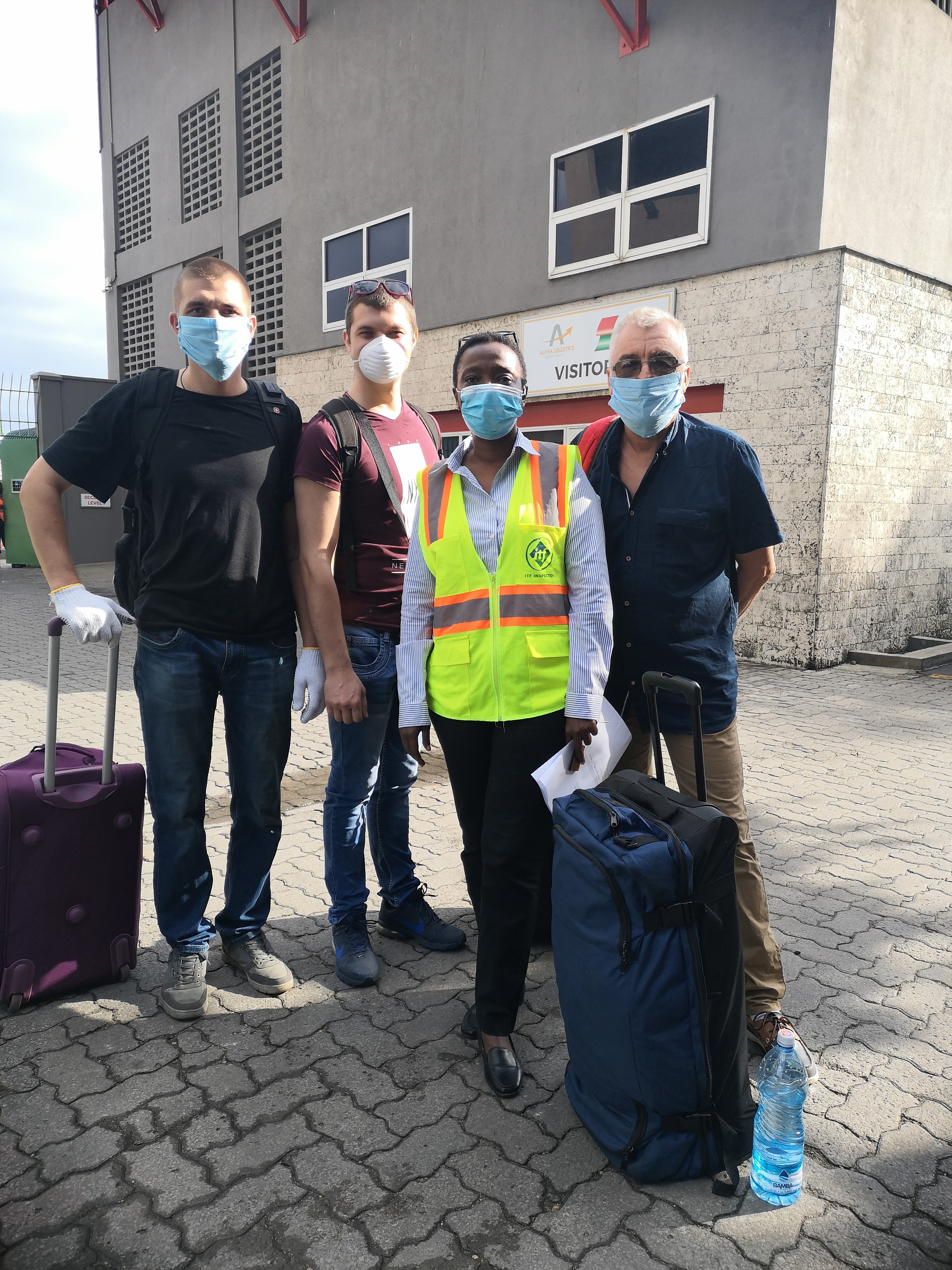 Betty said crew often request sleeping tablets and complained of stress and depression when they were in port during the pandemic. One seafarer told her it was like being in a prison. He had gone for months without leaving the ship. When he knew he was finally going home he thanked her and called her his hero. She said: thank ITF and the government of Kenya.

The ITF has been a key player every step of the way from the inception of the new IMO policy to its implementation. When Betty first received correspondence from London asking her to push Kenya to adopt the protocol, she was on the phone to relevant government officials the next day. She insisted that unions must be involved if it was going to work.

All the key stakeholders – the Ministry of Transport, State Department of Shipping and Maritime Affairs, the Maritime Authority, Kenya Ports Authority, Kenya Coast Guard, Port Health, Public Health, Kenya Airways, the ITF, the Seafarers Union of Kenya, and the Kenya Ship Agent Association – worked together all day, without food and only water on the table, to reach an agreement on how the crew change should happen, she recalls.

“Some of us had never met before,” she said. “When we left we all had each other’s contacts.”

So successful is the nation’s new crew change protocol that ships are changing course to come to the port. Since the adoption of Guidelines on ships crew change and seafarers repatriation while observing measures to prevent transmission of COVID-19 on 6 July, Mombasa has been processing up to three or four crew changes on some days.

Determined to make the system work, for the first four days Betty would be at the port by 6am. She would escort the seafarers to the airport to wave them goodbye.

At first, there were troubles with the airlines and transfers. One seafarer got stuck in Dubai for days. Now most of them fly with Kenya Airways, but this is not compulsory.

Now that the protocol is working, Betty needs only to be copied into the relevant emails or make a quick phone call, she says. 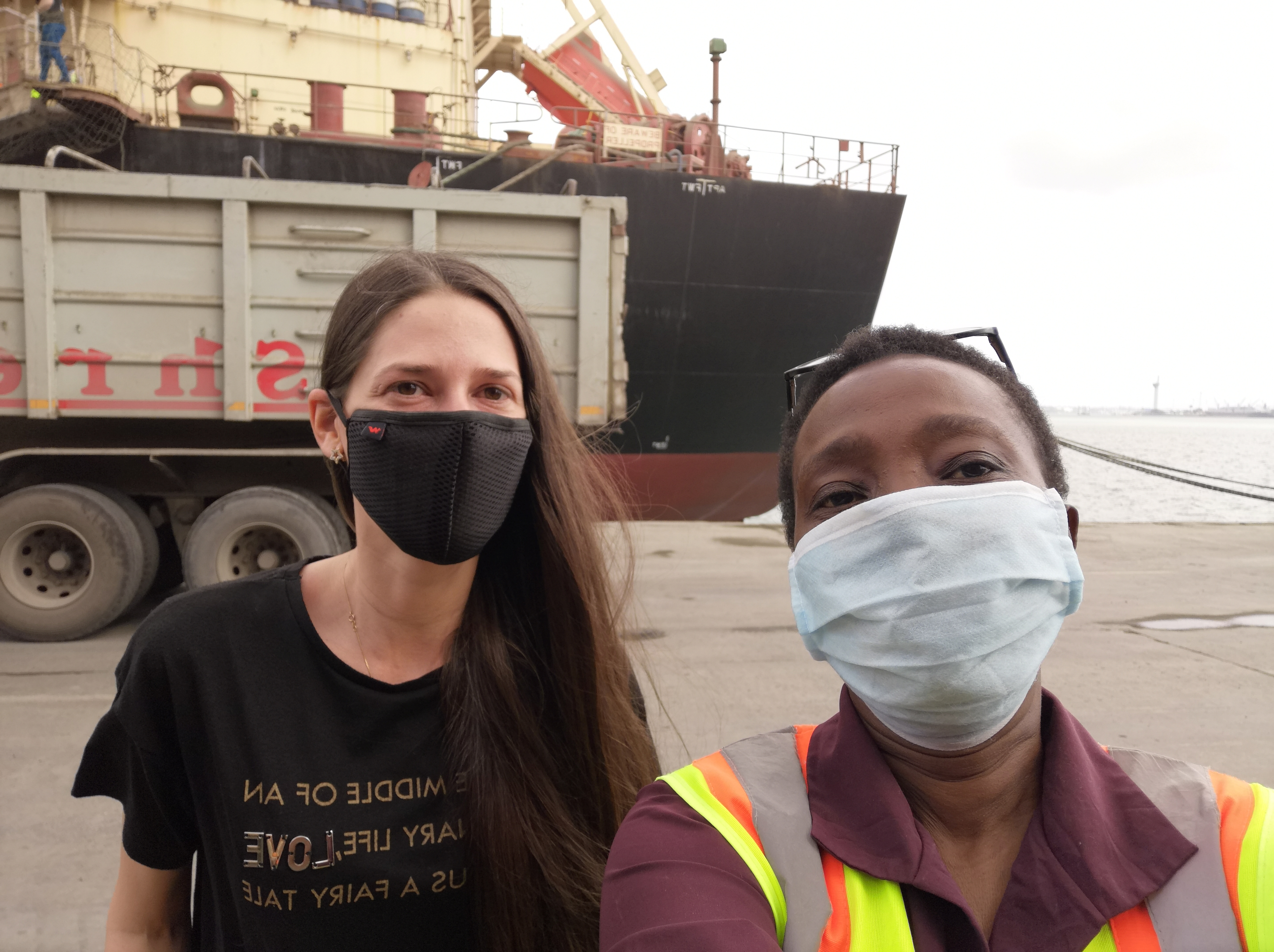 How does crew change in Kenya work?

Crew leaving the ship at the Port of Mombasa must have a confirmed flight out of the country within 48 hours, required documentation and clearance by Port Health.

Crew board a dedicated vehicle which only crew from a single ship can share. Temperature checking is mandatory. Everyone must wears masks. But there is no quarantine for crew after leaving the ship – crew go straight to immigration to board their flight (or stay in a dedicated hotel overnight).

Betty Makena Mutugi explains that “The government wanted to put the crew in quarantine, but I asked why they must be quarantined if they have been onboard for  more than six months? If they get clearance from public health, there is no need to quarantine them. Let them go home and self-isolate,” she said.

Crew arriving to relieve the ship (the ‘on-signers’) must all be in quarantine for 14 days and have a PCR COVID-19 negative test before flying in to Kenya. Their ship must be in port before they arrive.

Under Kenya’s rules, it is not only seafarers who have completed their contracts who can apply to go home under the guidelines. Injured crew or seafarers with compassionate grounds for repatriation can also apply, as can those who do not need a replacement.

Betty said the crew change exercises in Kenya has been successful to date due to support and collaboration with all stakeholders in the maritime industry in Kenya.

The IMO now reports that around 50 nations are implementing the crew change protocols.

Kenya on the right track, but needs improvement – ITF

However the policy is far from perfect, according to the ITF. One concern is the narrow window for the crew change to take place.

“The 48-hour window can sometimes prove unworkable and may cause problems in the future,” said Steve Trowsdale, ITF Inspectorate Coordinator.  “This has already been an issue in India and Singapore.”

“Coordinating crew change can be a very difficult thing, especially with such few flights and requiring a ship to be in harbour before relieving crew can enter the country can make it unworkable. What if a ship can’t make its expected arrival date due to mechanical failure, or because they’re required to alter course for medical assistance?”

The ITF’s campaign to educate governments on best-practice crew change protocols, including exemptions from travel and transit restrictions, is continuing. There are currently an estimated 300,000 seafarers trapped working aboard vessels beyond their original contracts needing crew change. 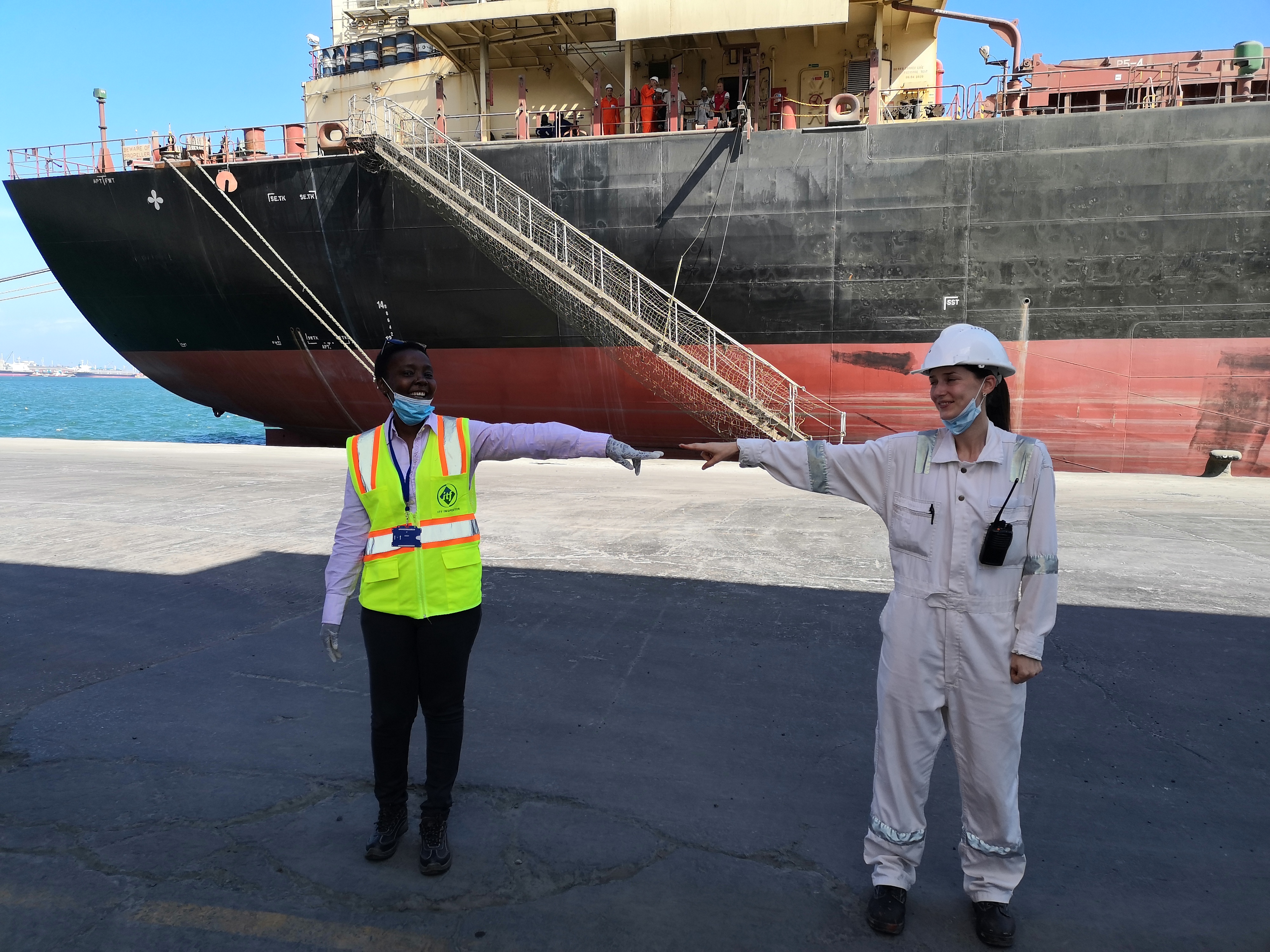