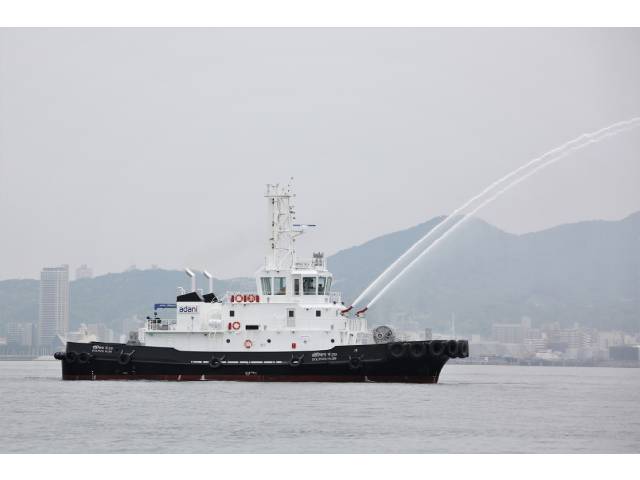 This is the fourth, in a series of 13 tugs, built for Adani Group. The tug will be engaged in mooring and towing work for berthing and un-berthing at the Adani Vizhinjam Port and on the coast of India.

Measuring 34.5m in length, DOLPHIN No. 29 is also equipped with an external firefighting system complying with IRClass class notation Agni 1, which enables a total output of 2,400 cubic metres per hour equipping the tug with early stage firefighting capability.

Mr. Sanjay M Kewalramani (O & M Head – Adani Harbour) stated ‘Over the years IRClass has been our partner in procurement of vessels and provided professional services, unhindered and timely delivery of fourth tug, despite Covid-19 situation, is a testimonial of the same’.

Mr. H V Ramesh, VP & Head – Shipbuilding Project Management at IRClass, said: ‘IRClass is proud to continue its association with Kanagawa Dockyard Co. Ltd. and Adani Group, in the construction and procurement of tugs. With our dedicated team of surveyors, the delivery of the fourth tug, inspite of prevailing conditions, was unhampered and smooth. We are delighted to be part of the project and look forward to future partnerships.’

Dolphin No. 26, 27 & 28 were built as part of this series, under classification of IRClass