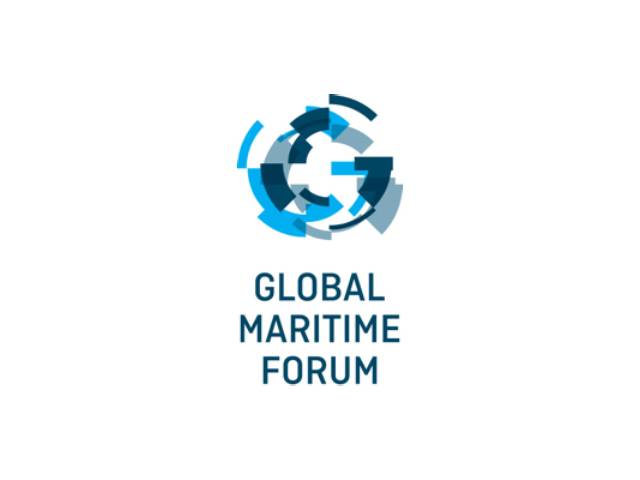 The uptake of pilot and demonstration projects is a vital step in pushing forward the transition to zero emission fuels for the maritime industry. A new mapping from the Getting to Zero Coalition demonstrates the scale and diversity of projects already underway.

Realizing the goal of having zero emission deep-sea vessels on the water by 2030 will require urgent action by stakeholders from across the maritime sector. Part of this challenge lies in innovating pilot projects which can help to stimulate the uptake of zero emission fuels. Undertaking these projects is a vital step towards demonstrating the viability of zero emission technologies in terms of safety, environmental impact and economic costs, while generating learnings that can be used to further improve the technologies and bring down the cost, which is a key prerequisite for disseminating and scaling these technologies and reducing GHG emissions from shipping.

Already, there are numerous projects underway which are driving the industry forward towards a zero-emission future. The Mapping of Zero Emission Pilots and Demonstration Projects from the Getting to Zero Coalition reveals the scale and breadth of these projects, as well as highlighting some key trends in the maritime sector’s path to decarbonization.

What is the purpose of the mapping?

The impetus for the mapping came from discussions within the First Movers workstream of the Getting to Zero Coalition, where industry leaders noted the increased number of announcements of zero emission demonstration projects in maritime media. While this was greatly encouraging, the value of this information could be increased by collecting it and analyzing it to provide information on what is happening at the industry level and not just at the project level.

This is exactly what this mapping sets out to do by providing an overview of the different projects underway globally. In doing this, the mapping seeks to build awareness and understanding of the pilot projects currently underway across the maritime spectrum, which can help to build shared confidence in pursuing new projects, create an opportunity to share learnings across projects and make it easier to identify potential partners for future projects.

The mapping also seeks to provide governments and other stakeholders with a window into the plethora of projects that the maritime industry is already engaging with – many of which already receive government support. As the maritime industry is a global industry there is a need for international collaboration both between industry and between governments to ensure that vessels operating with zero emission technology can trade internationally and have access to the required fuels in ports across the world. It is thus the hope that the mapping can inspire governments to work together with like-minded partners to accelerate the deployment of zero emission vessels on deep sea trade routes.

What is in the mapping?

The Mapping of Zero Emission Pilots and Demonstration Projects currently includes 66 pilot projects and will be maintained on an ongoing basis as part of the work of the Getting to Zero Coalition’s First Movers workstream. It seeks to contribute to the workstream’s goal in identifying what is needed in order to realize the successful pilot projects necessary to push forward shipping’s decarbonization.

In seeking to identify these factors, the projects in the mapping have been categorized in terms of their geographical focus, project focus, project type, fuel choice, and the existence of public funding. In observing trends within the mapping, we are able to draw some preliminary findings¹ in terms of the different dimensions which are common to the different projects.

On a general level, the mapping shows that a huge amount and variety of work is already underway globally, demonstrating progress along a range of different fuel choices. The mapping also shows that there have recently been a number of projects launched looking into the potential of hydrogen-based fuels such as green ammonia or green methanol for deep-sea vessels.

The mapping also reveals a strong positive trend between the uptake of larger projects and the presence of public funding, which is particularly observable in the European context. This illustrates the key role that governments can play in de-risking first movers projects and support the uptake of deep-sea zero emission vessels by 2030.

It is worth noting here that the geographical spread of projects is likely skewed due to the more European makeup of the Getting to Zero Coalition. Factors in terms of project transparency, the availability of public information and language barriers have also contributed to lower representation of, for example, Asian projects. 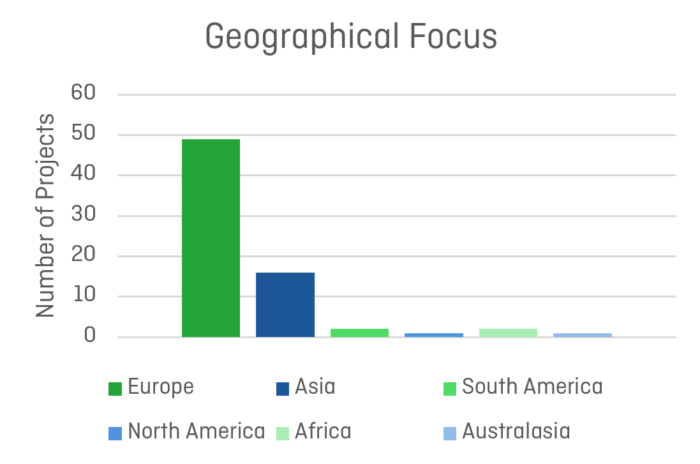 The main focus of projects in the mapping are on the development of ship technologies, but the mapping also includes fuel production projects which have a specific focus on producing fuels for the maritime industry, or projects involving Getting to Zero Coalition partners where the production of marine fuels could be a possibility even if this is not explicit.

For projects covering fuel production, the majority focused on green hydrogen (which is produced using renewable energy to split water into hydrogen and oxygen through electrolysis). This is largely due to hydrogen’s position as a ‘building block’ for the production of other fuels such as ammonia and methanol/ethanol.

It should be noted that the focus on demonstration projects means that fuel production technologies which are already mature – for instance the production of traditional biofuels – are out of scope of the mapping.

For ship technologies, there was a greater spread in terms of the types of fuels which the projects are focusing on, with key differences observable in the sizes of vessel anticipated by the project. 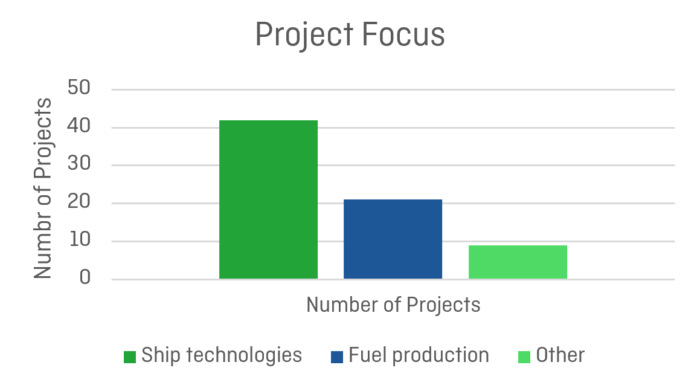 The mapping has also designated projects in terms of their level of development, which is categorized based on whether the project is a concept study (planned on paper), a laboratory test (test in a controlled environment) or a demonstration in normal operations. The vast majority of the projects in the mapping have been planned as demonstration projects (47). What this shows is that most projects are now capable of operation within real-world conditions. In this way, much of what needs to be achieved is already technically possible, the key issue being the relative competitiveness of these technologies in comparison to traditional fossil fuels.

More mature fuels(biofuels, methanol/ethanol) saw a higher relative amount of demonstration projects. In some cases, some of these projects are already at a stage of commercial viability in terms of customers being willing to bear higher costs for lower-emission shipping. For comparison, ammonia projects were made up of more concept studies, showing the lower maturity of ammonia in terms of technological development. 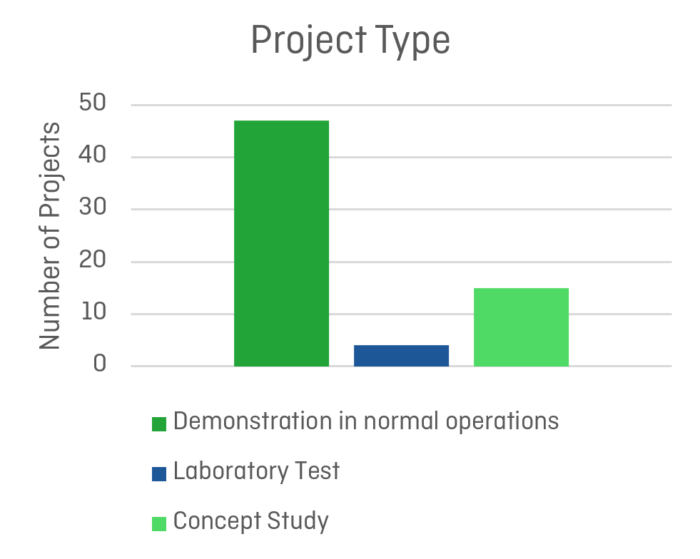 Projects which have a direct link to hydrogen made up the majority of the fuel production projects identified. It is worth noting that some projects involving hydrogen have been counted twice in so far as they combine hydrogen production with the production of other fuels such as ammonia or methanol. What the level of hydrogen projects does show is that those with a hydrogen dimension are significantly the most represented. It should be noted that the general production of biofuels has moved beyond the demonstration stage, which explains the relatively small number of projects identified. Of these, all projects are focused on producing biofuels from new types of sustainable feedstocks.

There are also some important fuel production projects in the mapping which are linked with a number of different off-take sectors including for instance shipping, aviation and heavy transport. This indicates that there can be significant synergies having the same energy and fuel production infrastructure supplying different end use sectors in terms of building a better and more resilient business case and scaling the fuel production. 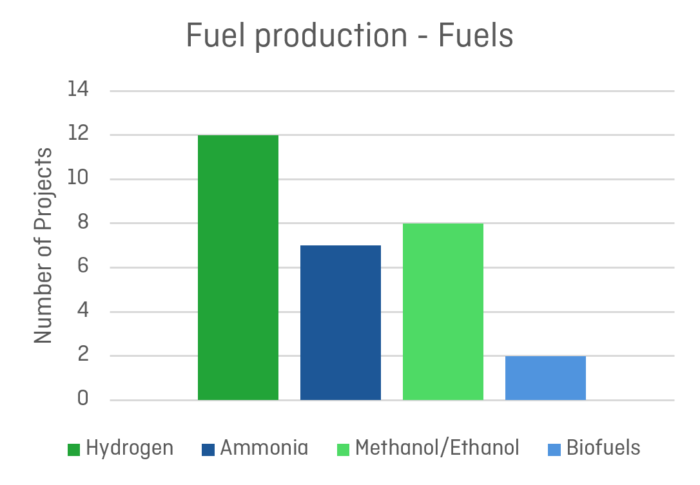 For projects focusing on ship technologies, the mapping shows more of a spread in terms of the fuels which projects focus on. The largest proportion of projects in the mapping focused on hydrogen vessels, with ammonia, methanol/ethanol and battery power also having significant representation.

For ship technology projects we also noted the size of the vessel anticipated in order to make some preliminary conclusions about the fuel choices which seem more promising in terms of replacing traditional ships along deep-sea routes. From this, we can see that although there are a large number of hydrogen ship projects, these are largely small vessels (under 5000 DWT) or larger ships (over 5000 DWT) where a hydrogen fuel cell is being used for auxiliary power (all but one of the large hydrogen ship projects). What this suggests is that although hydrogen will certainly have a key role in the production of new fuel sources, it isn’t currently strongly anticipated for use aboard larger vessels in comparison to other fuels.

In contrast, ammonia and biofuels are being envisioned more consistently for large deep-sea vessels, with large biofuel ships already operational and large ammonia ship concepts being developed. The mapping also includes one large methanol/ethanol ship currently in operation, as well as some larger battery powered vessels operating on shorter routes.

Of the 66 projects in the mapping, 32 have received or are anticipating receiving some level of public funding. Much of this funding is European, with 29 of the 32 projects receiving funding originating in Europe. 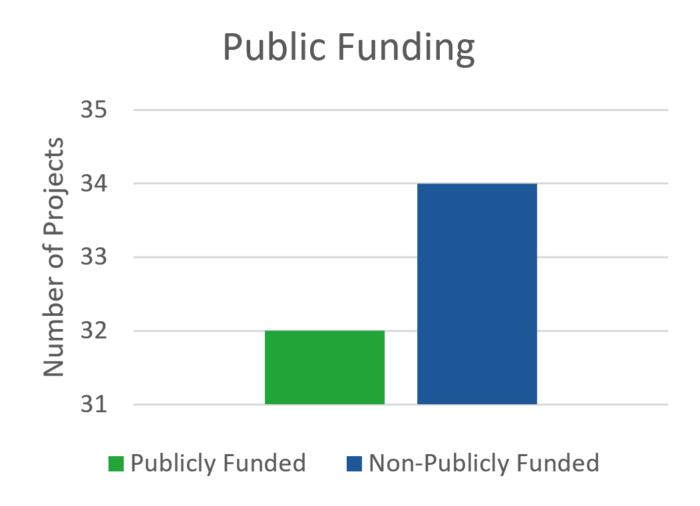 The mapping also shows that government support for ship demonstration projects in the order of EUR 10 million are not uncommon, while the support for large scale fuel production demonstrations can be significantly higher.

It is likely that the number of projects which received public funding is actually higher than the mapping shows, due in part to differences in how countries subsidize projects, as well as different level of disclosure by projects and governments.

Having an overview of the scale and variety of projects globally is a vital step in being able to offer deeper insights into how the future of marine fuels is unfolding. In all, the mapping demonstrates a concerted effort from different stakeholders from across the value chain in working towards realizing deep sea zero emission vessels by 2030. By being able to see all of the work that is already underway, it is hoped that the mapping will help to catalyze new ambitious pilots and demonstrations.

The Getting to Zero Coalition will update the mapping on an ongoing basis, with the plan being to release further versions bi-annually. This will make it possible to identify new trends in the projects being launched.

We encourage stakeholders from across the maritime spectrum to send us information about new projects or projects we have missed in our initial mapping in order to improve the quality and validity of the mapping.

We would also like to thank all the members of the Getting to Zero Coalition, who have provided us with information about the projects they are involved in. Without their contributions the mapping could not have been produced. 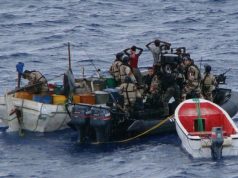 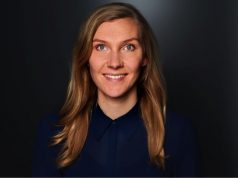 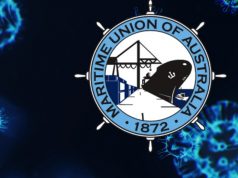