On the 14 August, the naming ceremony was held at Damen Shipyards Gorinchem for the Peter Wessels. The new Damen ASD Tug 2810 handed over to Neue Schleppdampfschiffsreederei Louis Meyer GmbH & Co. KG (Louis Meyer) which is based in Hamburg. Even by Damen standards this was exceptionally fast. The contract for the new vessel was signed exactly four months earlier, on the 14th of April.

This was made possible by Damen’s long-standing and highly regarded policy of both offering a wide range of standard designs that can then be customised to meet the exact needs of each customer, and of building for stock to guarantee fast deliveries. This particular vessel had been built for stock at Damen Song Cam Shipyard and then transported to Europe to meet just such a need as this.

The 28-metre ASD Tug 2810 is one of Damen’s most popular vessels, with over 150 sold since its introduction. With 60 tonnes of bollard pull, they are also highly manoeuvrable, and are built to a rugged design well known for its reliability and durability. They can be found working in ports and harbours around the world. The Peter Wessels features a number of options, most notably an aft winch which equips it for coastal towage of barges. It also has been fitted with a sewage treatment plant, a boiler and heated windows.

Louis Meyer, established in 1907 and now under the management of the fifth generation of the founding family, will be chartering the ASD Tug 2810 to Emder Schlepp-Betrieb GmbH (ESB), which operates from the busy Port of Emden, Lower Saxony. The arrival of the Peter Wessel will take its fleet up to five vessels and will be its first by Damen.

For Louis Meyer this is their second Damen tug, having taken delivery of a Damen ASD Tug 2411, named the Jan, in June 2019. This was an even faster delivery with the contract being signed almost exactly a year prior to that for the Peter Wessels, on April 11th 2019.

Damen sales manager Joschka Böddeling commented, “We are very pleased to have been working with Louis Meyer again, and so soon. The fact that they have added two Damen vessels ships to their fleet in such a short space of time is very gratifying. We look forward to working with them again in the future. The Peter Wessels has very much been a ship of the Coronvirus era, with the contract signed remotely and the naming ceremony taking place under strict safety conditions. But it is proof that life did go on despite everything and our thanks go out to all involved.”

“For us it was nice to work with another family business on the Peter Wessels”, added Edvin Kohlsaat, Managing Director at Louis Meyer. “So it was a simple decision to return to Damen where they take our ideas into account and deliver high quality. We are confident that the Peter Wessels will be a great asset to ESB and their operations in Emden.”

The Peter Wessels has now been handed over to her Owners and commenced work in Emden. 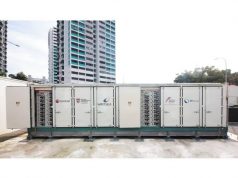 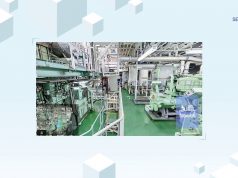