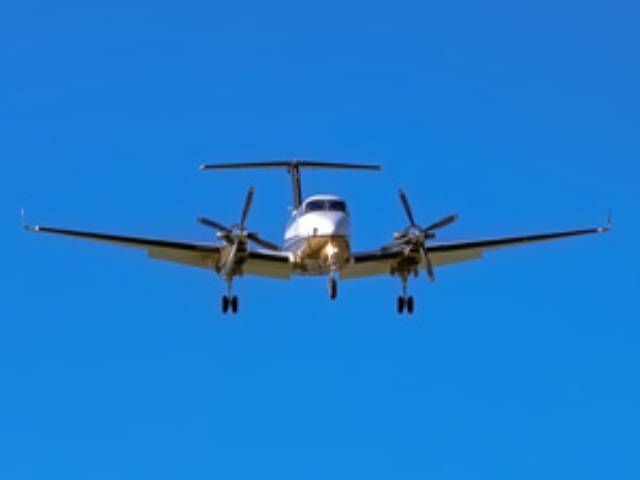 Q: How did FlexAir come about?

Robert McCord: FlexAir came about as a result of customer requirements for a managed service that was similar to a cell phone plan — a solution providing reliable and secure connectivity when and where it’s needed and at an affordable price. When Intelsat launched the first global Ku-band high throughput satellite constellation covering high-density areas it added new spot-beam technology to our existing global network, enabling services like FlexAir that provide much higher data throughput than traditional Ku-band networks while using compact aircraft antennas.

High-throughput spot beam technology is like shining a flashlight on a wall. It covers a big area, but when you zoom in, the light not only gets smaller but brighter too. It focuses the energy, and this energy can then be re-used at the same frequency to cover a much greater coverage area. FlexAir users can benefit from global geographic coverage and high throughput with these focused, powerful spot beams while adding redundancy and resiliency from the traditional network of Intelsat wide beam satellites.

Q: What are the main problems it solves for customers?

RM: The problems FlexAir solves for customers really go several layers deep. The first is around data rates. With more powerful spot beams, we get higher rates of data on our network using the same size, or smaller, user antennas.

Secondly, Intelsat’s approach to cyber security means that FlexAir either meets or exceeds all U.S. DoD security standards, and in many cases is more secure than any government network. Our network is operated from a completely secure facility, separate from the Intelsat NOC and with its own IT systems. The Intelsat Secure Operations Center (ISOC) is a facility dedicated to managing this network for government customers, with cleared personnel and active duty military personnel rotating regularly through the ISOC.

Q: What are its key benefits and USPs?

RM: FlexAir’s many benefits include its high level of security, high data rates, the anti-jam aspect of the network and its layers of resiliency.

But probably its biggest USP is its affordability. The problem for the government historically is that launching their own satellites is too hard, too expensive and takes too long. They need to be able to utilise commercial satellites, but historically high data rates weren’t available on existing networks and the available services were very expensive. But now, with FlexAir global militaries can get data rates twenty times better than in the past, and for similar costs.

Q: Tell us a bit more about Intelsat. What is it that makes you stand out from competitors?

These services leverage on our iDirect Velocity-based ‘Flex’ platform, which includes FlexGround for fixed, manpack, Communications-on-the-Pause, and Communications-on-the Move for land and littoral applications as well as FlexAir. The latest and greatest modem technology has been developed for these systems, which makes them very good at maximising the quality of service for multiple users. They can accommodate many different users at the same time, as opposed to government platforms which traditionally might have set up dedicated links for individual users.

Q: What is the company’s ethos and what is it that gets you excited about working on this project?

RM: Intelsat pushes the boundaries of the satellite industry and continues to think innovatively towards the future. That’s what gets us excited… to embark on programs like FlexAir to make connecting easier, and to make the lives of our customers and their end users, easier. We thrive on creating new technologies and bringing them to market. That’s the synergy of the talented folks here at Intelsat.

At IGC, many on our team have military backgrounds, and especially those at ISOC. We speak their language, we understand their importance, and we strive to meet their unique needs.

In terms of what gets me excited, it’s knowing we can now provide data rate services at very affordable costs, and that demand for such services is sure to proliferate. Increasingly, all aircraft in every operational environment need to be connected as a node on the network, with satellite being the only option in many cases. And that’s where FlexAir can help.