Cyprus Shipping News
Home World Tripoli and near ports getting ready to start imports in wake of... 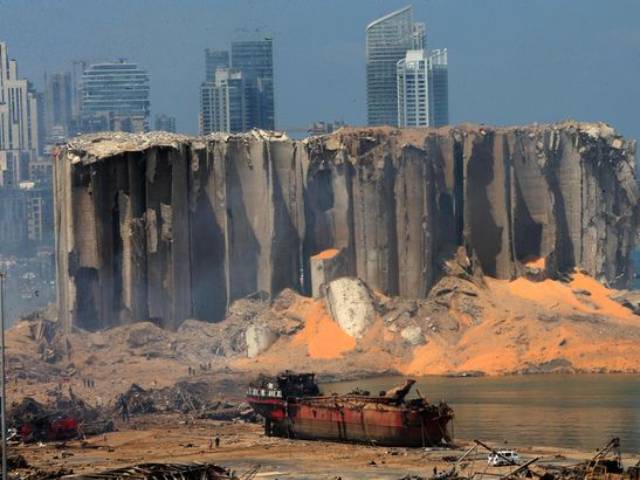 Lebanon’s main grain silo at Beirut port was destroyed in a blast, leaving the nation with less than a month’s reserves of the grain but enough flour to avoid a crisis, the economy minister said on Wednesday.

Raoul Nehme told Reuters a day after Tuesday’s devastating explosion that Lebanon needed reserves for at least three months to ensure food security and was looking at other storage areas.

The explosion was the most powerful ever to rip through Beirut, a city torn apart by civil war three decades ago. The economy was already in meltdown before the blast, slowing grain imports as the nation struggled to find hard currency for purchases.

“There is no bread or flour crisis,” the minister said. “We have enough inventory and boats on their way to cover the needs of Lebanon on the long term.”

He said grain reserves in Lebanon’s remaining silos stood at “a bit less than a month” but said the destroyed silos had only held 15,000 tonnes of the grain at the time, much less than capacity which one official put at 120,000 tonnes.

Beirut’s port district was a mangled wreck, disabling the main entry point for imports to feed a nation of more than 6 million people.

Ahmed Tamer, the director of Tripoli port, Lebanon’s second biggest facility, said his port did not have grain storage but cargoes could be taken to warehouses 2 km (about one mile) away.

Alongside Tripoli, the ports of Saida, Selaata and Jiyeh were also equipped to handle grain, the economy minister said.

“We fear there will be a huge supply chain problem, unless there is an international consensus to save us,” said Hani Bohsali, head of the importers’ syndicate.

U.N. agencies are meeting on Wednesday to coordinate relief efforts for Beirut, Tamara al-Rifai, a spokeswoman for the Palestinian refugee agency UNRWA, told Reuters from Amman.

“People are extremely poor, it’s increasingly difficult for anyone to buy food and the fact that Beirut is the largest port in Lebanon makes it a very bad situation,” she said. “We are looking at Tripoli, but it is a much smaller port.”

Beirut Blast Blamed on Chemical Cargo Removed From Ship in 2014

Reserves of flour were sufficient to cover market needs for a month and a half and there were four ships carrying 28,000 tonnes of wheat heading to Lebanon, Ahmed Hattit, the head of the wheat importers union, told Al-Akhbar newspaper.

Lebanon is trying to transfer immediately four vessels carrying 25,000 tonnes of flour to the port in Tripoli, one official told LBCI news channel.