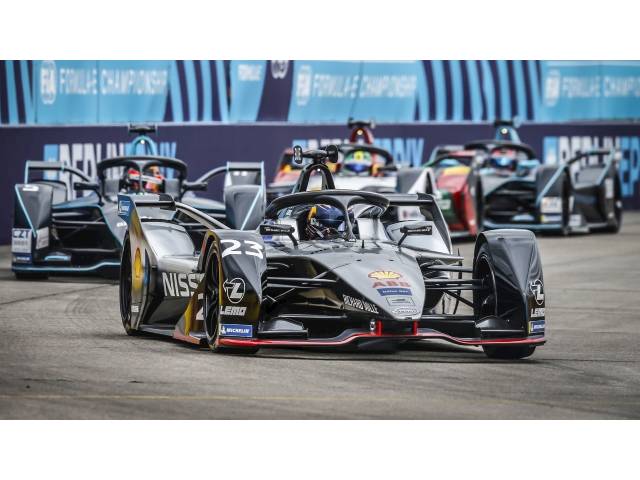 The ABB FIA Formula E Championship returns next week to the German capital for the sixth consecutive year, to complete the final rounds of the season.

The six races will take place over nine days – 5th/6th, 8th/9th, 12th/13th August – with each pair of races using a different track configuration, presenting the drivers with the challenge of developing strategies and familiarizing themselves with the new layout in a short timeframe.

The Berlin circuit is located at Tempelhof Airport, on the tarmac that once served as the aerial gateway to the city. Since ceasing operations for aircraft in 2008, Tempelhof, located to the south of the city center, has been repurposed as a city park and venue for several fairs and events.

As Season 6 resumes, Antonio Felix da Costa is top of the driver standings – and his DS Techeetah team also lead the Teams’ Championship – by a slim margin from Mitch Evans of Panasonic Jaguar Racing.

Tempelhof will also host the final seven rounds of the Jaguar I-PACE eTROPHY, of which ABB is official charging partner. Although the support series is due to come to an end after this season, the lessons learned through this partnership and the challenges of supporting a global race series, combined with the wealth of charging experience ABB has worldwide, will be incorporated into the chargers which ABB will supply for the Gen3 cars from Season 9 of the ABB FIA Formula E Championship.

ABB is driving e-mobility and sustainability progress in Germany to help support the country’s goals in these areas. The government is aiming for a 55 percent reduction in greenhouse gas emissions by 2030, compared to 1990 levels[1], by which time seven to ten million electric vehicles (EVs) should be on German roads[2]. It is also targeting an outright ban on the sale of combustion-engine cars by 2050.[3]

As a global leader in providing e-mobility charging infrastructure, from solutions for electric cars and e-buses to ships and trains, ABB is continually strengthening its leading position in this field, particularly in Germany, where ABB enjoys close partnerships with the country’s renowned automotive industry. This includes an exclusive partnership with Porsche, which ABB entered into earlier this year, to jointly promote e-mobility, by becoming an official partner of the TAG Heuer Porsche Formula E team. ABB also provided and installed HVC depot charging systems and electrical infrastructure for Germany’s first fully electric bus depot, after partnering with German public transport operator Hamburger Hochbahn AG.

Tarak Mehta, President of ABB Electrification, said: “The Berlin E-Prix offers a platform to showcase e-mobility technology which underlines ABB’s long-standing role as a driving partner in Germany’s sustainability goals. We are proud to be working directly with the manufacturers on and off-track, while continuing to improve the widespread availability of reliable and high-performing charging infrastructure which is key to driving progress in Germany.”

Germany is also home to ABB’s first CO2-neutral production site in Lüdenscheid. Here, thanks to ABB Electrification’s pioneering ‘Mission To Zero’ project, a combination of solar power, smart energy management and a highly efficient cogeneration plant deliver enough energy to power the whole factory while saving about 630 tonnes of CO2 emissions a year.

Since its foundation in 1900, ABB Germany has become one of the country’s leading technology companies with 8,500 employees across more than 30 locations. It operates in the areas of electrification products, industrial automation and robotics, drives and motors. It is also actively contributing to shaping the digital future of Germany with its ABB Ability™ digital offering. Germany is ABB’s third largest market based on revenues. 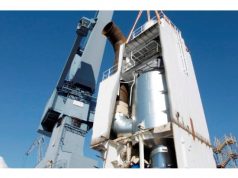 Oman bans the use of open loop scrubbers 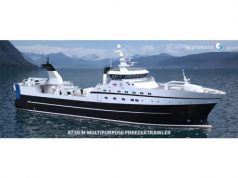 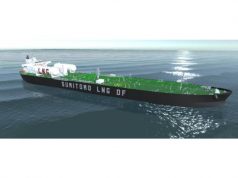