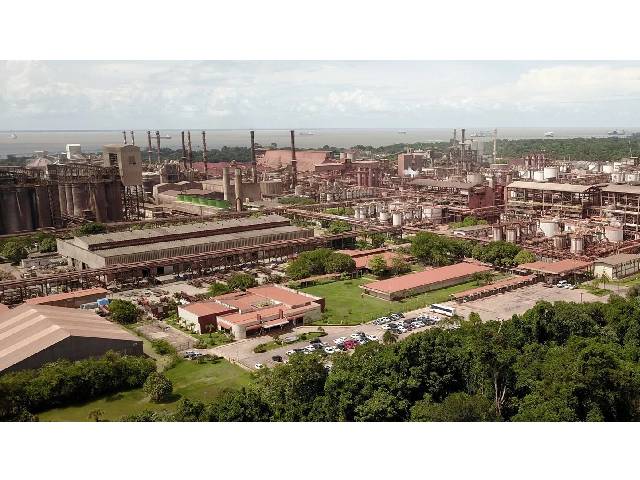 Golar Power Limited (“Golar Power”), a joint venture between Golar LNG Limited (NASDAQ ticker: GLNG) and Stonepeak Infrastructure Partners, is pleased to announce today the execution of a Memorandum of Understanding with Norsk Hydro to develop the first LNG terminal in the North of Brazil, a major step towards one of the largest greenhouse gas reduction initiatives, globally.

The project will enable the supply of LNG to Norsk Hydro’s Alunorte refinery plant located close to the Vila do Conde Port in the Municipality of Barcarena, State of Pará, Brazil. Alunorte will also be the first operational customer for the Barcarena FSRU that Golar Power plans to bring into operation during the first half of 2022. Concluding final agreements with Norsk Hydro will therefore be an important step toward a Final Investment Decision within the next 4 to 6 months.

The LNG terminal aims to supply gas to Alunorte and also to the Centrais Elétricas Barcarena 605 MW thermal power plant, which is a subsidiary of Golar Power, previously contracted under a 25-year PPA. Once the terminal becomes operational, Golar Power also expects to operate a comprehensive LNG distribution network across the state of Pará and the region. This LNG supply chain will cover an area larger than Eastern Europe and consist of thousands of kilometres of river and road transportation systems, serving numerous industrial, commercial, and transportation customers.

The project will fulfil Norsk Hydro’s 2017 commitment to the Pará state government to pursue a natural gas-based energy solution for one of the world’s largest aluminium plants. The project will enable the use of cleaner burning natural gas from LNG, and, consequently, reduce annual greenhouse gas and particulate emissions substantially.

“We are delighted to be helping Norsk Hydro achieve its ambitious global sustainability goal of reducing CO2 emissions by 30% by 2030, and at the same time contributing to a significant reduction in energy prices and environmental emissions within the entire North Region of Brazil. The project should have the potential to significantly reduce energy costs, support environmentally responsible and sustainable industrial growth throughout this immense region, and facilitate the unlocking of its unique natural resource endowment and economic potential. Golar Power estimates a potential for replacing approximately 1.8 million tons of LNG equivalents per annum of LPG, diesel, fuel oil, and coal with the terminal – creating the foundation for a broader transition away from carbon-intensive energy sources in the region. The reduction in LNG prices we have seen in recent years has significantly increased LNGs relative competitive position, not only versus diesel and fuel oil, but also now coal. The Norsk Hydro project illustrates the economic and environmental benefits which can be achieved by global industry and mining companies by transitioning their energy sourcing to LNG. This trend creates a massive opportunity for Golar Power to replicate the initiative in different countries over the years to come.”

“Hydro is committed to sustainable best practices and we consistently invest in solutions to reduce our impact and bring benefits to neighbouring communities, as well as foster responsible industrial development. This LNG project will help make our operation more sustainable and will facilitate access to cleaner burning natural gas for other industries and consumers in the state of Pará.”

The planned transition from heavy fuel oil to LNG will not only underpin the long-term future of the Alunorte facility and the many thousands of jobs that it supports, but also be an important springboard for the rapid start-up of small-scale LNG distribution operations.