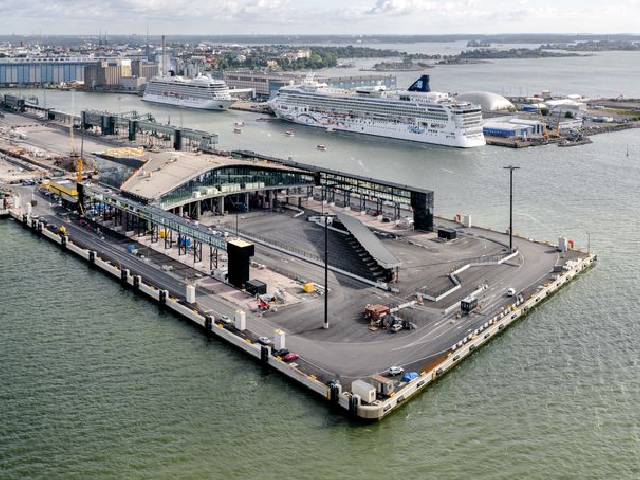 The Port of Helsinki Ltd has received financial support from the EU for the Helsinki port investment projects on the Helsinki–Tallinn and Helsinki–Travemünde routes, as well as for installing an onshore power system for the Hernesaari cruise services. The investments focus on making the ports more environmentally friendly and efficient.

Overall, the EU has granted 10 million euros for the Helsinki and Tallinn ports TWIN-PORT IV project. The investment in the Helsinki ports is approximately €11.3 million in total, with funding of approximately €3.4 million. Funding was granted especially for the purpose of improving the onshore power systems and efficiency in ports, the automation of ship docking and the ramp arrangements in the Vuosaari–Muuga route.

Around €3.3 million of new EU funding has been granted to the Hansalink II project of Helsinki and Lübeck ports and the city of Lübeck. In Vuosaari, the total cost of the project’s shore power and automation investment is approximately €2.3 million, with funding of approximately €0.7 million.

The most central international cruise harbours in the Baltic Sea are involved in the Cruise OPS project to create a uniform onshore power system that reduces exhaust emissions and noise pollution during port calls. It is estimated that the Port of Helsinki will pay €4.2 million for the onshore power system planned for Hernesaari, which has received funding of €0.9 million.

“We are extremely pleased with the funding we have received. This shows that our development projects run in parallel with the EU’s environmental and efficiency view on mobility and transport”, says Pekka Meronen, Vice President in charge of Finance, ICT and Development at Port of Helsinki Ltd.

Previous Twin-Port and Hansalink projects have built and developed the port infrastructure and shipping companies’ fleets in Helsinki, Tallinn and Lübeck, as well as enabled ro-ro lines in Muuga–Vuosaari. In addition, the new passenger ferry MS Megastar, which uses liquefied natural gas, began operating on the Tallinn–Helsinki sea route. Now, one aim of the new Twin-Port IV project is to further reduce the environmental impact of the growing traffic of passenger ferries.