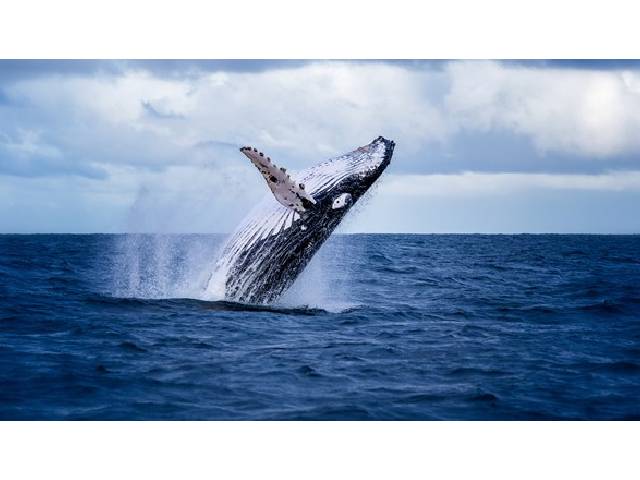 LNG is increasingly being used as fuel on vessels other than LNG carriers.
The search for ‘green’ fuel, as well as developments in engine and LNG storage
technology, have helped the industry develop quickly in recent years. However,
as with any fuel there must be sufficient infrastructure to supply it, reliably
and on time, to vessels whose schedules can be unpredictable.

LNG bunkering vessels are relatively expensive and the technological requirements for transferring LNG are more demanding than for conventional fuel oil. There are therefore some significant hurdles to overcome, but there are signs already that suggest that use of LNG will become more widespread and easier to adopt.

At present there are still relatively few locations where LNG can be supplied as fuel, making it better suited to smaller vessels operating close to home (e.g. tugs) or those with a fixed schedule such as ferries, cruise ships or container ships. The LNG bunkering infrastructure is currently concentrated in areas where there are established ECAs in place. It is likely that these initial developments will assist in growing the wider LNG
infrastructure such that vessels with global trading patterns could bunker for LNG as fuel as they currently do for traditional bunkering. Plans are already afoot to establish LNG
bunkering infrastructure in Singapore which is arguably one of the world’s busiest bunkering ports. Japan, South Korea and Australia are also working to develop LNG bunkering facilities. Typically, an LNG bunkering vessel will supply the LNG whilst alongside the receiving vessel, but it can also be supplied from a dedicated shore terminal (e.g. for local ferries and tugs) or even by road tanker for small vessels. On the receiving
vessel, different types of tank are used to store the LNG either close to atmospheric pressure, or at higher pressure. These may even be housed in a standard 20 foot or 40-
foot container frame, but for larger vessels requiring a greater range, more space will be needed. The LNG will be stored in the tank until needed, when it is vaporised and burned in the ship’s engines(s), which are ‘dual fuel’, i.e. they can burn both LNG and conventional fuel oil. Of course, where LNG is carried, the intention will usually be to burn gas rather than fuel oil where possible, but there may still be times when conventional
fuel is needed.

This guide looks at issues that a ship owner or charterer may want to consider when negotiating a contract for the supply of LNG as fuel, including cover issues from a P&I insurance perspective. BIMCO is developing a standard form contract for the purchase of LNG, but most of the current suppliers are oil majors or large operators and it remains to
be seen whether a BIMCO form (as opposed to the supplier’s terms) will become acceptable.

DNV GL has also created Fuel Boss, which is a fully digital tool for LNG fuel suppliers and shipowners that allows them to plan, execute and communicate about LNG bunkering
operations. The platform provides suppliers with a tool to manage the operation of their entire LNG contract portfolio and shipowners with one common interface for their LNG
bunkering operations across different suppliers.

Even in the conventional fuel market, only the largest of buyers use their own standard terms. Of course, that does not mean that the supplier’s terms are non-negotiable, and an owner / charterer will be particularly interested in (i) scheduling and responsibility for delays, (ii) quantity / composition (i.e. quality), and (iii) the operational aspects of the bunkering operation. We will now look at each of these aspects in turn.

Scheduling, liability for delays, failure to supply and failure to take

The current limitations on LNG bunkering infrastructure mean that scheduling is particularly important for both parties. Deviating from the intended schedule can have
more serious consequences than with conventional fuel, where more bunkering vessels and locations are available. Vessels that call regularly at the same places, such as cruise
ships and container ships, also depend on schedule reliability and are typically not in port for long, so need to be supplied punctually.

At the same time, the supplier needs to know that their bunkering vessel will be needed only for a particular window so that they can commit to supplying others outside this window.

The contract will therefore provide for a detailed nomination procedure and delivery window, perhaps including damages (agreed in advance, i.e. ‘demurrage’) that are
payable if the operation takes longer than expected.

If it is the supplier who is unable to meet the required window, then the owner / charterer will need to decide whether to wait or instead use fuel oil (perhaps taking additional fuel oil, as the vessel may be carrying only emergency reserves). This in turn will involve costs and potential claims.

Where other suppliers are operating at the same location, it may also be possible to agree that the supplier can sub-contract the supply to another supplier, subject to availability and compatibility.

Another potential cause of delay arises where the LNG fuel tank becomes empty, for example if the vessel’s arrival or the bunkering operation is delayed.

LNG as Fuel – A Developing Industry Usually a minimum amount of LNG is retained in the tank as ‘heel’ and the evaporation from this keeps the tank cool and ready to receive
additional LNG.

Once the heel has been used, the tank will warm up, meaning that it will need to be cooled again gradually before the next time that the tank is filled to avoid damage. This takes additional time, for which the supplier is likely to charge. The supply contract will
provide that the receiving vessel must arrive with its tank(s) cooled down and ready to load.

However, if the vessel does arrive with sufficient heel, but is then delayed as a result of the supplier’s fault (or perhaps neither party’s fault) the liability for this will need to be
allocated in the contract.

LNG used as marine fuel is generally sold on the basis of its energy content, so the quantity and the composition of the LNG (analysed from samples) will together determine the price.

As far as quantity is concerned, both the supplying and receiving vessels will have equipment to measure the quantity received so it is a matter for negotiation as to
which figures are used and what happens if there is a discrepancy. The technology for measuring quantity transferred is still evolving but is generally very accurate.

Turning to quality, although LNG consists mainly of methane there are also other constituents and the composition of a particular sample depends on where the LNG
has originated, as well as what has happened to it since it was first liquefied. These changes can affect not only the calorific value but also other properties that are relevant to combustion in a ship’s engine. For example, some engine manufacturers specify a minimum ‘methane number’ and the ‘Wobbe Index’ may also be relevant.

There can also be changes in composition between the time of transfer to the bunker barge from the shore terminal and the time of supply to the receiving vessel. Overall, LNG is less susceptible to changes in specification than conventional fuel but there are still
limits outside the which it would not be acceptable to a buyer. An ISO specification for LNG as a fuel for marine applications is under development but at the time of writing has not been completed, so any required specification will need to be agreed. This new ISO
20519 – Ships and marine technology – Specification for bunkering of liquefied natural gas fueled vesselswill help operators select vessel fuel providers that meet defined safety and fuel quality standards.

Some suppliers prefer to use the most recent analysis results from samples at the shore terminal that supplied LNG to the bunkering vessel, rather than from onboard sampling / analysis.

Such changes should, in practice, be minimal if the bunkering vessel re-liquefies boil-off gas, but can be more significant if it does not (or if the reliquefication equipment is not functioning), because the use of boil-off gas will affect the composition of the LNG. The time and place of the analysis used, and whether it is binding, will again be a matter for negotiation.

The transfer of LNG is hazardous and spillages can injure crew members and damage the vessels involved in the operation as well as the environment. The supplier will have extensive technical requirements and procedures, including various ISO standards and the LNG Custody Transfer Handbook of GIIGNL, but adapted to the particular vessels involved. These will include requirements as to the receiving vessel, its crew and their training, as well as the operation itself.

The owner / charterer should review these requirements. They may need technical input from experts to ensure that they are workable and that the receiving vessel and its
crew can comply. The procedures will also address how and to what extent cargo operations can be carried out simultaneously with the bunkering operations, as well as
action to be taken in the event of an emergency incident.

Whilst the safety record of LNG carriers is extremely good and although most of the principles remain the same, using LNG as fuel for vessels not carrying LNG as cargo introduces new systems on board together with their associated risks. It is important that these risks are properly considered. Some of the risk-related items to consider include:

This is apart from the risks associated with LNG itself such as:

Training requirements and standards for seafarers engaged in LNG bunkering operations are covered in the STCW code and the IGF Code as well as industry codes and international guidelines, such as SIGTTO, SGMF and OCIMF.