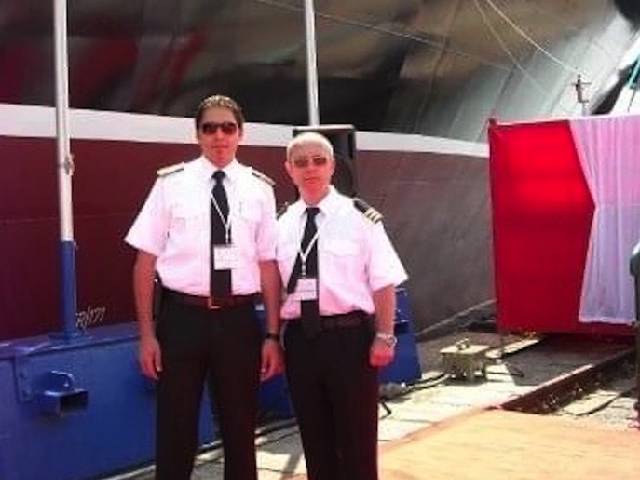 RightShip is moving from a Risk Rating to a Safety Score in September 2020. In this blog post, Oussama Darif, Operations Manager, Americas, shares stories from his time at sea and explains why the Safety Score will encourage proactive safety.

I started my cadetship in 1996. Back then, there was no ISM, the port state control authorities were doing their best. However, there were a lot of sub-standard vessels to weed out.

By the time I graduated in 1999 the ISM had just kicked in, but people were trying to apply it from their own point of view with no real understanding of what was required. The disparity was huge. Despite the implementation of the ISM, there were so many crew members still living in sub-standard conditions and there were no human rights at sea.

Early in my career, I was forced to do some work on board that was not an officer’s job. Slowly, slowly, it became a daily routine where the conditions were inhumane. When I put my foot down and said “No, I’m not doing this”, I was given an ultimatum. Either do it or leave. I chose the latter.

My contract was nine months, they owed me money on back pay but because I requested to leave earlier, they deducted a lot from me. I joined another company and the situation was even worse. We were not getting paid. I had to have at least one month back pay as a buffer. These companies are not in business anymore.

It used to be the case that if you want a job onboard, you’ll have to pay– you’ll pay for your flights; you’ll pay a commission. If you speak against them, you may not get a job elsewhere. At the end of 2000, I found a good company and saw what safe conditions looked like. Given this experience, I am passionate about improving working environments, particularly for those in the third world where human rights considerations remain limited.

As a cadet, I remember having a rough start. I worked on a ship that had 4 engine failures in 2 days and we would drift in bad weather for hours. I worked on others where safety equipment was missing, lifeboats had oars and rusty pedals that didn’t move. We got detained for a week and weren’t allowed to leave because the vessel was considered un-seaworthy. Later we had an engine failure during a storm and had to wait for hours until we were finally towed to safety. I saw people wearing life jackets, waiting for the ship to go down. When an owner doesn’t invest in safety, training and standards until it’s too late, this is exactly what happens.

This is important now because I’m fearful that a lot of owners could use Covid-19 as an excuse for not doing what they’re supposed to, and in turn, put lives at risk. We don’t want to predict incidents; we want to prevent them well before they happen, and this can be achieved through the Safety Score.

Having said that, there are good companies striving to do the best and implement safety measures that go above and beyond best practice. They are taking social responsibility seriously and this must be highlighted. When there is more emphasis placed on best practice operations, we encourage all members of the maritime community to rise to new benchmarks.

I believe RightShip is doing the right thing holding owners and operators accountable. This is a good mission. We are looking towards a zero-incident future and that can only be achieved through proactive improvements implemented by the industry as a whole.