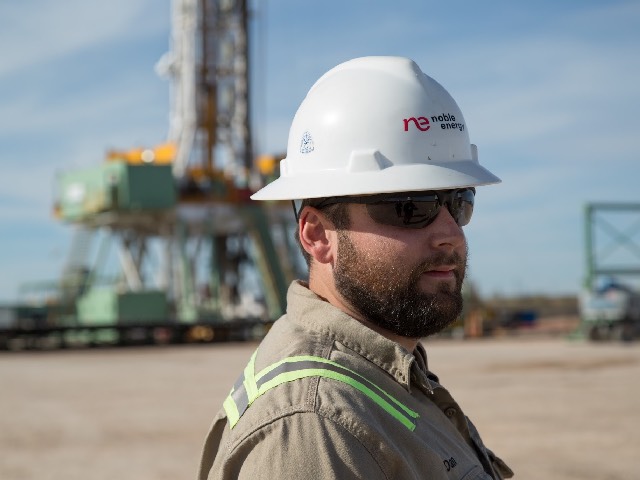 “Although the global economies have seen significant impact from the COVID-19 pandemic, Noble Energy has fundamentally improved our business for long-term success. This is evidenced in our second quarter execution. We’ve materially reduced the cost structure of our business, while demonstrating robust production capacity in both our onshore and offshore businesses. These accomplishments provide a strong foundation for Noble Energy as the global economy recovers and commodity prices improve,” stated David L. Stover, Noble Energy’s Chairman and CEO.

Complete second quarter results will be provided in the Company’s earnings release and conference call scheduled for August 7, 2020. The Company will also provide realized prices and realized/unrealized hedge results in its normally scheduled 8K, planned for July 20, 2020.

During the second quarter 2020, the Company’s curtailments averaged approximately 11 thousand barrels of oil per day (MBbl/d), which totaled 32 thousand barrels of oil equivalent per day (MBoe/d) on a net basis. With significant improvements to operating costs and netback pricing, the majority of curtailed volumes are expected to be brought back on production by the end of July 2020. U.S. onshore oil production capacity averaged 124 MBbl/d in the second quarter (113 MBbl/d sold and 11 MBbl/d curtailed), reflecting strong base and wedge performance from the DJ and Delaware Basins.

Noble Energy and its partners are finalizing the commissioning of newly-installed compression onshore at the Ashkelonmetering station in Israel, to enable increasing sales volumes into Egypt via the EMG Pipeline. Initial system performance is fully meeting expectations and final commissioning is expected to be completed by mid-July. Sales volumes to Dolphinus in Egypt from both Tamar and Leviathan are expected to ramp up throughout the month of July. Following startup on December 31, 2019, the Leviathan field has performed in the top-tier of all offshore major projects. Field and facility uptime has averaged 97% since startup and over 99% during the month of June.

Despite impacts from the COVID-19 pandemic, the Alen Gas Monetization project continues to progress towards an early 2021 start-up. Offshore pipeline installation remains on schedule for the third quarter with final hookup and commissioning in late 2020. During the second quarter, the Company initiated hedge positions to secure global LNG revenues for a portion of expected 2021 and 2022 gas revenues.

During June 2020, Noble Energy was awarded concessions on two exploration blocks offshore the Western Desert area of Egypt. Blocks 6 and 7 each encompass over 800,000 square acres, gross, with final award of the blocks expected later this summer. Noble Energy will hold a 27% non-operated working interest in the position, with Shell Egypt (through its wholly owned subsidiary BG Delta Limited) holding 63% equity as operator, in addition to Egyptian oil company Tharwa with 10%. A number of majors were awarded blocks in and around the Block 6/7 position in the recent licensing round. Noble Energy and partners have a three-year initial phase of exploration during which a seismic program will be conducted targeting deepwater prospects with both oil and natural gas potential.

Noble Energy (NASDAQ: NBL) is an independent oil and natural gas exploration and production company committed to meeting the world’s growing energy needs and delivering leading returns to shareholders. The Company operates a high-quality portfolio of assets onshore in the United States and offshore in the Eastern Mediterranean and off the west coast of Africa. Founded more than 85 years ago, Noble Energy is guided by its values, its commitment to safety, and respect for stakeholders, communities and the environment. For more information on how the Company fulfills its purpose: Energizing the World, Bettering People’s Lives®, visit https://www.nblenergy.com.

Access Noble Energy’s 2019 Sustainability Report for more information about how the Company is continuously improving its social, environmental and governance performance around the world.

This news release contains certain “forward-looking statements” within the meaning of federal securities laws. Words such as “anticipates”, “plans”, “estimates”, “believes”, “expects”, “intends”, “will”, “should”, “may”, and similar expressions may be used to identify forward-looking statements. Forward-looking statements are not statements of historical fact and reflect Noble Energy’s current views about future events. Such forward-looking statements may include, but are not limited to, future financial and operating results, and other statements that are not historical facts, including estimates of oil and natural gas reserves and resources, estimates of future production, assumptions regarding future oil and natural gas pricing, planned drilling activity, future results of operations, projected cash flow and liquidity, business strategy and other plans and objectives for future operations.  No assurances can be given that the forward-looking statements contained in this news release will occur as projected and actual results may differ materially from those projected. Forward-looking statements are based on current expectations, estimates and assumptions that involve a number of risks and uncertainties that could cause actual results to differ materially from those projected. These risks and uncertainties include, without limitation, volatility in commodity prices for crude oil and natural gas, the presence or recoverability of estimated reserves, the ability to replace reserves, environmental risks, drilling and operating risks, exploration and development risks, competition, government regulation or other actions, the ability of management to execute its plans to meet its goals, the potential adverse impact of the COVID-19 pandemic on the Company’s business, financial condition, and results of operations, and the markets and communities in which the Company operates, and other risks inherent in Noble Energy’s businesses that are discussed in Noble Energy’s most recent annual reports on Form 10-K, quarterly report on Form 10-Q, and in other Noble Energy reports on file with the Securities and Exchange Commission. These reports are also available from the sources described above. Forward-looking statements are based on the estimates and opinions of management at the time the statements are made. Noble Energy does not assume any obligation to update any forward-looking statements should circumstances or management’s estimates or opinions change.