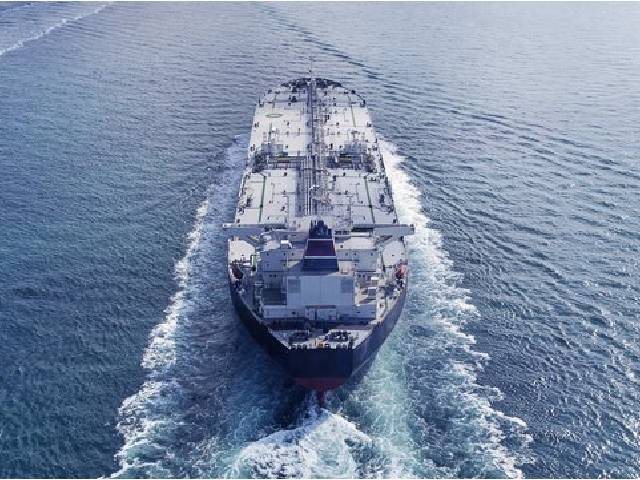 A job at sea means working under challenging conditions. The ongoing pandemic has unfortunately added further uncertainty to the mix with country lockdowns leaving hundreds of thousands of crew members stuck at sea or at home. Others affected are the marine service engineers who carry out commissioning, maintenance and repair work onboard. Alfa Laval’s Senior Field Service & Commissioning Engineer Sanne Reijs was one of them. His few scheduled days onboard turned into weeks. But for him the unplanned voyage eventually ended thanks to his colleagues’ tireless work and the cooperation and support of the Maritime and Port Authority of Singapore as well as the vessel master.

Sanne embarked the M/T Argenta in Dubai, on March 2nd, for commissioning work on a recently installed PureSOx scrubber. When work was finished a few days later, the corona pandemic had caused restrictions in all countries on the vessel’s route, making it impossible for him to disembark and return to the Netherlands. For five weeks he was stuck onboard the ship, passing Sri Lanka, Singapore, Malaysia, Singapore and the Philippines. Every time the vessel reached Singapore the port authority was contacted to seek approval for his disembarkation. However, the requests were declined due to the restrictions.

The day before reaching Singapore a third time – a call was made to Alfa Laval’s Global Crisis Management Team. Alfa Laval’s legal team immediately reached out to the Maritime and Port Authority of Singapore to explore if disembarkation was possible this time around. This triggered intense cooperation between Alfa Laval, the vessel master and the Port Authority, and it eventually resulted in a chance for Sanne to disembark, provided that extensive documentation was submitted.

Under a tight deadline, people in Alfa Laval – on different continents and across different functions – worked persistently to get everything in place. Further support came from local agents for transportation and medical services, as well as the Embassy of the Kingdom of the Netherlands.

On April 8, the coordinated efforts brought about an in-principal approval by the Maritime and Port Authority. The day for Sanne to sign off had finally arrived. With a seaport medical doctor providing him with a fit-to-travel medical certificate in hand, Sanne was allowed to disembark. His transfer to the airport was carefully monitored and reported, as one of the requirements was that the M/T Argenta would not leave port until the authorities had received proof of Sanne’s flight departing. Thankfully, the last leg of his travels was completely uneventful, and Sanne was successfully reunited with his family.

We would like to extend our sincere appreciation to the Maritime and Port Authority of Singapore – as well as the vessel master of the M/T Argenta. We would not have been able to pull this off, had it not been for their tireless cooperation and support. It is uplifting, especially in times like these, to engage with people who are willing to go the extra mile.