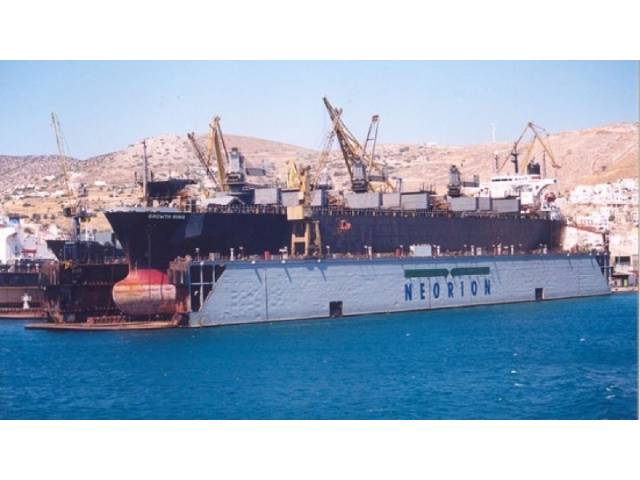 ΟΝΕΧ Νeorion Shipyards and Israel Shipyards Ltd have signed an agreement on the co-production of the Themistocles corvette, the Syros island-based shipyard announced on Tuesday.
According to the announcement, the Themistocles corvette is a next-generation, multi-purpose vessel designed to patrol and protect the Eastern Mediterranean sea borders.
Additionally, both shipyards are cooperating closely for the international development and promotion of the new corvette, with Greece and Israel as the main production hubs.
The Themistocles combines the knowhow of the Greek, Israeli and US industries brings next-generation operational capabilities to future naval warfare, the announcement said.
It has a length of 72 meter and full displacement of about 800 tons and can reach a speed of above 30kn with an extended endurance. It can operate a medium size marine helicopter, but also supports unique possibilities of deploying Special Forces units. Themistocles includes state-of-the-art weapons and electronic systems, than can be tailor-made to customer specific requirements.
For ONEX Neorion and Israel Shipyards Ltd the name “Themistocles” symbolises the common principles, culture and the values of peoples based on freedom, democracy and unity.
It is named for the ancient Athenian politician, general and naval strategist Themistocles, whose emphasis on naval power and military skills were instrumental during the Persian wars. Themistocles was the creator of Athenian sea power and the chief saviour of Greece from subjection to the Persian Empire at the Battle of Salamis in 480 BCE.