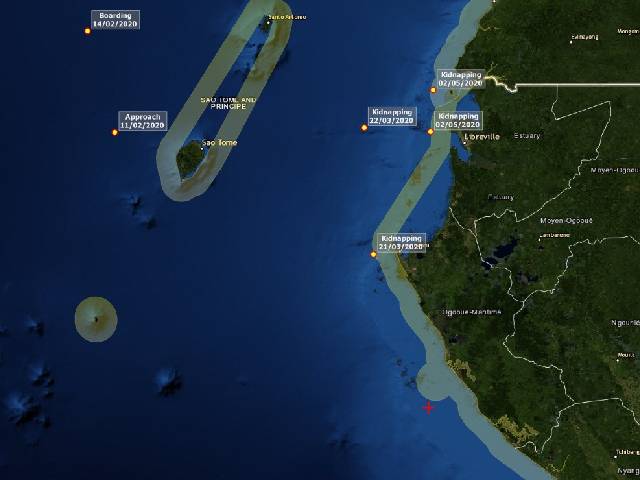 All vessels should continue to observe heightened awareness and take appropriate mitigation.

This is the second report of a suspicious approach within 24hrs. A previous approach was recorded on the 16th June 27nm SE Sao Tome.

Details regarding the precise nature and intent of the ‘unknown vessel’ remain unclear. It remains a realistic possibility that as a result of the lack of attack that the vessel held no hostile intent or involvement with intended acts of maritime crime. There are a large number of illicit vessels operating on coastal routes within West Africa and the Gulf of Guinea. Aside from illegal, unregulated, and unreported fishing there are a number of vessels involved in the trafficking of narcotics and other items. Such vessels are often ill maintained and poorly lit. Vessels such as this tend to operate in a manner different to wider legitimate commercial shipping and thus have the potential to increase the false alarm rate.

It however remains a realistic possibility that the vessel may have had an involvement in Piracy. Following on from the report of an approach against the tug vessel ARTIKE, SE Sao Tome, no further information war received. Until it can be confirmed otherwise it remains a possibility that the ARTIKE could have been hijacked and is not being used as a mother vessel. The last AIS signal for the MV ARTIKE was recorded 5 days ago with no sign of the vessel since.

As such, vessels are reminded to maintain the utmost vigilance when transiting this area and report any and all irregularities.