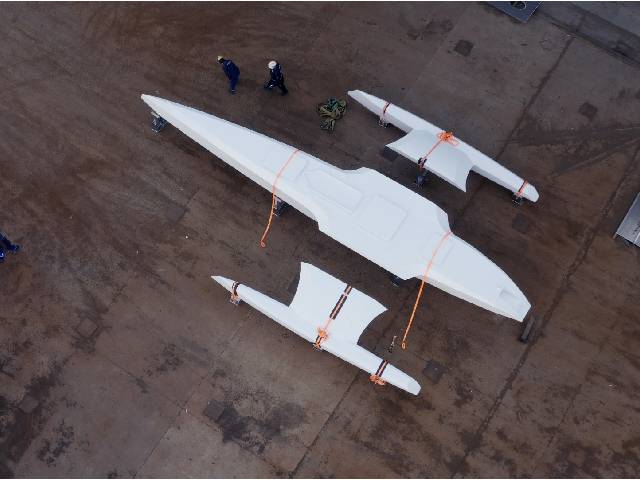 Retracing the voyage of its famous 17th century namesake vessel, the Mayflower Autonomous ship is set to become one of the world’s first fully autonomous, unmanned vessels to cross the Atlantic. Led by marine research organisation, ProMare, the project is developing autonomous systems that can later be deployed commercially, offering a window into the future of shipping and marine research.

Wärtsilä has joined a global consortium of technology partners that includes IBM. IBM is providing the AI, cloud and edge computing, and power systems behind the Mayflower’s AI Captain that will enable the vessel to sense, think and make decisions at sea.

The Wärtsilä RS24 system is a ground-breaking high-speed, high-resolution FMCW K-Band radar (24GHz) designed to provide high levels of situational awareness – especially in densely populated marine environments. The RS24 radar system will work in tandem with the Mayflower’s onboard cameras, AIS, and navigational systems as a core part of the AI Captain. The AI Captain constantly evaluates the Mayflower’s environment and long-term goals, and modifies the ship’s course in order to avoid debris and storms which could threaten the ship at sea.

The RS24 is already established as one of the primary sensors onboard the Wärtsilä IntelliTug – the first commercial Maritime Autonomous Surface Ship, which underwent successful trials in Port of Singapore waters last year.

The Wärtsilä RS24 has a five times higher resolution than existing marine S and X-Band radars with spin cycles of 60 rpm. This enables resolution separation of small crafts in crowded waters, especially in close proximity to the vessel, and will allow the Mayflower to navigate safely in complex situations. By identifying potential hazards, and through fusing data with that from the video recognition and AIS, the Wärtsilä system helps produce a high-fidelity map of the operating area.

“Our team has followed the development of technologies applicable to ship autonomy, and when selecting systems for the Mayflower project, we quickly recognised that the Wärtsilä RS24 was the perfect radar solution. Having Wärtsilä as a partner really helps the project; they understand the marine environment and how the various instruments should be designed, deployed, operated and maintained, plus they have tremendous experience in integrating systems, says Brett Phaneuf, Co-Founder of the Mayflower Autonomous Ship Project.

“We are pleased to provide our latest, high-resolution radar technology, the RS24, as an integral component of the Mayflower Autonomous Ship project. This will form the primary instrument for acquiring and tracking targets, and maintaining situational awareness at a scale that allows for early path planning and hazard reduction. This is a unique and highly significant project, and Wärtsilä is honoured to participate in this partnership,” says Dr Sasha Heriot, Business Development Manager, Wärtsilä Voyage.

Wärtsilä’s experience in integrating complex systems, and its know-how in manned and unmanned marine operations, were cited as being of huge importance to the project. The company’s Smart Marine approach emphasises the value in collaborating with qualified partners to achieve greater efficiencies throughout the maritime ecosystem. It is anticipated that when completed, the Mayflower voyage will represent a major step forward in bringing autonomous shipping to realisation.

The Mayflower will support the development of a flexible and cost-effective platform for oceanographic research. It will also act as a testbed for new navigation software, renewable energy, and propulsion systems for marine vessels.

At 15m in length and weighing a mere 5 tons, the Mayflower is small and fast. Performing nimble manoeuvres to avoid other ships and marine debris, the Mayflower will benefit from a highly responsive short-range radar to help detect and avoid potentially show-stopping objects in the water. Specifically designed to look for potential hazards at close range, up to 1000m, the Wärtsilä RS24 radar will play a fundamental part in securing safe passage as she traverses oceans.

The new-generation Mayflower is set to take to water for sea trials in the summer of 2020.

Wärtsilä Voyage radically transforms the way vessels perform their voyages by leveraging the latest digital technologies to deliver a step-change in safety, efficiency, reliability and emissions.

For a demo of the Mayflower’s AI Captain, please visit: 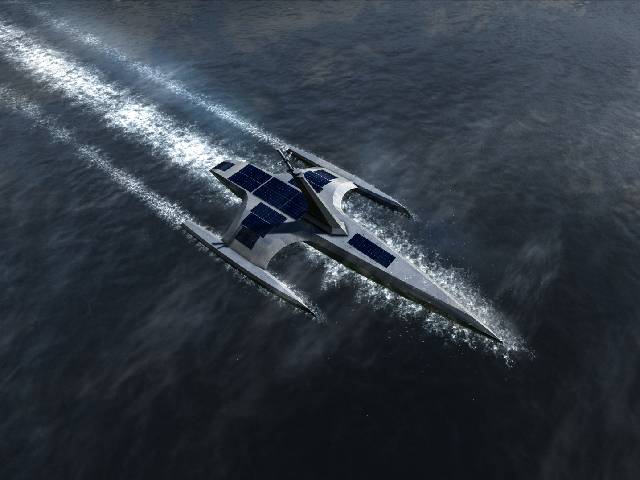