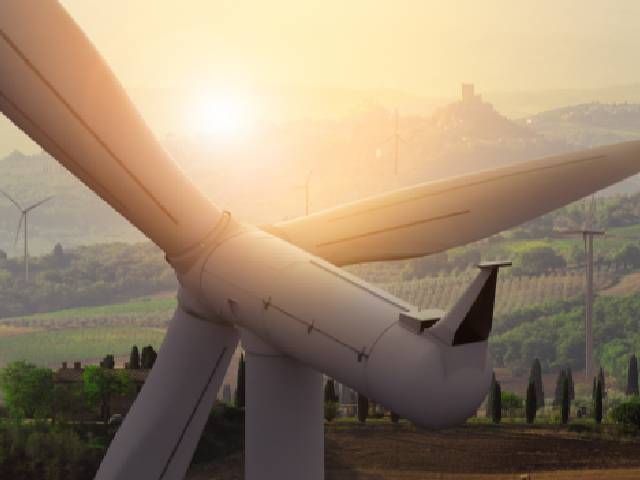 When the coronavirus pandemic broke, raising fears of a massive slump to follow, the big worry for climate action was that the struggle for economic recovery might halt global efforts to develop green energy and move to a carbon-neutral future.

Sharp drops in fossil fuel prices as the crisis hit made them suddenly move closer to ever-falling renewables prices. Demand for energy fell, too, as factories and businesses stopped work. And the immediate crises raised the risk that hard-pressed governments would stop investing in newer, cleaner energy technologies, and just stick with the polluting fuels of the past as they tried to get their economies working again. In the words of the EBRD’s Harry Boyd-Carpenter, Head of Energy EMEA, “When this first happened, my worry was that governments would say ‘put renewables in the freezer’ and worry about climate change only in five years’ time.”

Yet by the time the European Commission unveiled the world’s biggest “green” stimulus last week  – putting fighting climate change at the heart of the bloc’s recovery from the pandemic with both a 750 billion euro package and more green funds from the EU’s 2021-27 budget, worth around one trillion euros – some of those fears had already been allayed. Despite disruption, the world’s major institutions are making it clear they are sticking with the green agenda.

On the ground, the same determination is making itself felt in individual countries, both from governments and renewables firms. The lockdown period has seen a slew of new renewable energy deals in several of the 38 economies where the EBRD works, with support from a development bank with years of pioneering expertise in climate finance.

In Poland, strong support from the government has allowed landmark deals in both solar and wind power to be struck since Europe went into lockdown this spring.

In April, a PLN 40 million (€9 million) EBRD loan to Estonian energy company Enefit Green allowed it to buy a portfolio of up to 19.2 MW of newly completed small solar projects in Poland, expanding a sector that will become a key contributor to decarbonisation in a country still almost 80 per cent dependent on polluting coal. All EU member countries are committed to source at least 32 per cent of their final energy consumption from renewable sources by 2030.

And in May, EBRD loans totalling PLN 280 million (€63 million) along with parallel project finance from BNP Paribas were made to advance Poland’s green energy transition by supporting a portfolio of almost 200 MW of renewable energy owned by French renewables firm Qair and French infrastructure fund RGreen Invest. The portfolio includes the construction of 93 MW of new capacity – the three wind farms Udanin (50 MW), Parzeczew (9 MW) and Wrzesnia (9 MW) and 25 MW of solar photovoltaic – as well as the operation of two existing wind farms Linowo (58 MW) and Rzepin (48 MW).

In Uzbekistan, a wind tender announced in April for a 100-MW plant drew interest from 70 companies by mid-May, showing that the pandemic is not preventing well structured tenders from attracting fierce interest in the market. This project will be part of the Uzbek government’s plan to generate approximately 21 per cent of all its energy needs from renewable energy sources by 2031, and to promote private sector investment in the renewable energy sector.

And, in Albania, a successful tender whose result was announced on Wednesday (27 May) saw Voltalia, a French renewable energy firm, coming in to develop and run a 140-megawatt solar plant at Karavasta, selling energy under a support mechanism at the highly competitive price of €24.89 euros a MW/hour. This is under half the €55 ceiling set by the government and the cheapest electricity price in the region – a very positive outcome for the Albanian government, and a big reward for its courage in pressing on with the EBRD-backed tender despite the pandemic.

As Boyd-Carpenter commented, “We’ve been saying for years that renewables are cheap, and this proves it. The electricity price is well below the cost of coal. This also underscores the EBRD belief in the power of markets. If you run a well structured tender, the private sector can deliver public goods in fantastically competitive and imaginative ways.”

“I think what is really holding up is fundamental competitiveness. Yes, electricity demand has fallen – but less than demand for any other energy source. The power source which has dropped out almost completely in liberalised markets is coal, because it is uncompetitive. What we’re seeing now is that the most resilient part of the energy mix is electricity, and the most resilient form of electricity is renewables.”

The successful recent deals, he added, are a testament to the vision of the states brokering them with the private sector.

“We’ve worked closely with the Albanian government for three years on the Karavasta tender.  When the COVID-19 crisis hit there was a question of whether they should go ahead with the tender. To be honest I was nervous and thought that maybe they should delay. But the Albanian government had the courage to continue and were rewarded by the lowest price of power in the Balkans.”

“Poland too has shown that their commitment to renewables won’t be derailed by the crisis. They have very good renewables potential and very strong local industry, and that’s their clear strategy.”

Poland’s success in closing two major renewables deals came partly from the government’s willingness to build into the deal conditions easing the economic uncertainty that comes with the pandemic, added Boyd-Carpenter:

“The Polish government passed a regulation allowing you to apply for an extension to the deadlines if you were affected by Covid-19. That was helpful in itself, but also in sending the message that the government wants to support renewables. What you need to believe is that, fundamentally, there is government support. It is very reassuring to know that is there.”

It is still too early to know for sure how the global shutdowns of this spring will affect the development of renewable energy, Boyd-Carpenter said. “There are challenges to the sector. It would be naïve to think you can have a massive economic recession and there would be no impact.”

But, he added, “I’m reassured that essential competitiveness is being demonstrated, and that governments in most cases are very firmly standing behind their commitments.”